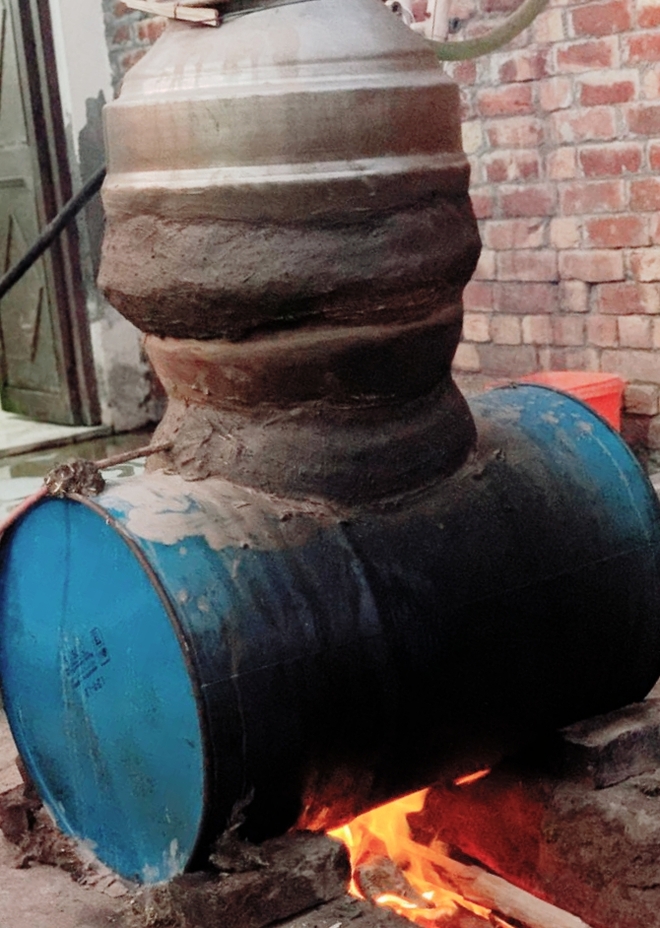 The Amritsar (Rural) police have arrested Rajeev Joshi, a paint store owner of Ludhiana, from whom Ravinder Anand of Moga had procured denatured spirit that was later used to prepare spurious liquor that claimed over 100 lives in Amritsar, Tarn Taran and Batala districts.

A huge stock of spirit and chemicals was found at his godown in Vishkarma Chowk area of Ludhiana.

Joshi has confessed to having supplied three drums of methanol to Prabhdeep Singh, nephew of Ravinder, who is further linked to Avtar Singh. That denatured spirit was allegedly used to make the deadly concoction.

The police have also arrested Ashwani Bajaj of Moga, who had reportedly facilitated the deal between them. Bajaj runs a paint store in Moga. Ravinder, a factory owner, purchased three drums of methanol by paying Rs 11,000 per drum. He later sold that stock to Avtar Singh, who further sold it to Harjeet Singh of Pandori Gola village in Tarn Taran. Harjeet’s son Satnam Singh later supplied it to Gobinder Singh and Mithu Singh of Jandiala. Balwinder Kaur of Muchhal village, which reported 13 deaths, had procured denatured spirit from Gobinder and Mithu.

Gobinder’s area of operation included Jandiala and Manawal belts, besides various parts of Batala. DGP Dinkar Gupta said Dharminder of Hathi Gate, Batala, was arrested on Tuesday in connection with 13 deaths in Batala. The total number of arrests in the case so far has gone up to 40.

The video showed him standing on two moving SUVs on a city r...