Son, contract killer arrested in connection with killing of retired Air Force officer and his wife 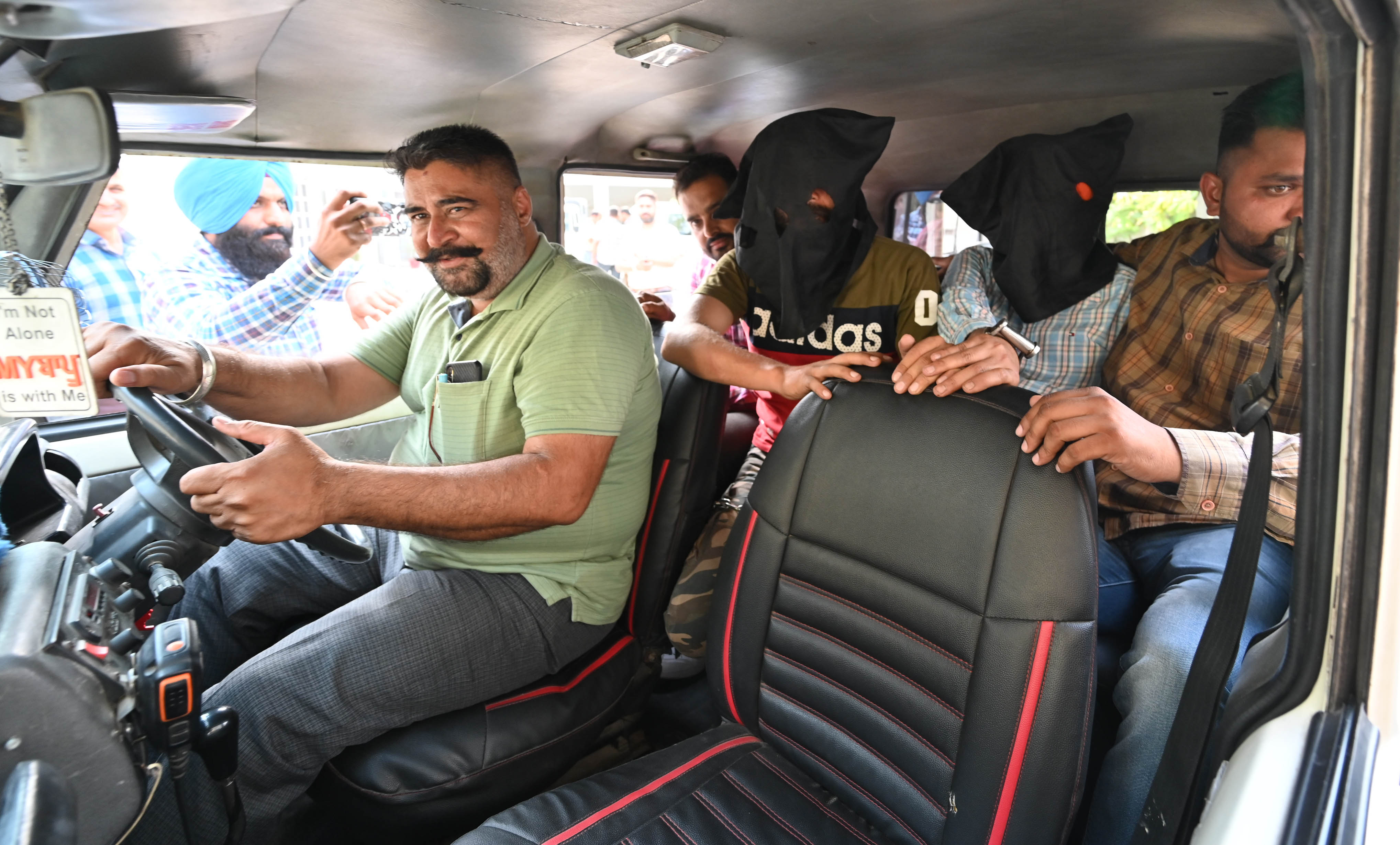 The Ludhiana Commissionerate claimed to have solved the sensational double murder case of retired Indian Air Force officer Bhupinder Singh (66) and his wife Sushpinder Kaur (62) with the arrest of their son Harmeet Singh alias Mani (40).

As per the police, the accused allegedly hired three contract killers for Rs 2.5 lakh to eliminate his parents. Harmeet Singh Mani’s sole motive was to take control of property and business of his father.

Police recovered DVR of CCTV cameras stolen by the accused after the double murder.

The motorcycle, a Hero Splendor (PB91M0979), used in the crime and a mobile phone exclusively bought by Harmeet to hold communication with the alleged killers have also been recovered by the police.

CCTV footage of the accused while entering and coming out of the house along with the suspicion of friendly entry in house helped police in solving the case within 24 hours.

The accused is the only son living with parents while his two sisters are married in Ludhiana.

Bhupinder Singh was retired IAF officer. He was getting handsome pension and was also running Kartar convent school besides owning a house construction business.

He was solely looking after the entire business and was not allowing his son to play any important role in it. Bhupinder was giving Rs 10,000 and Rs 8,500 per month to his son and daughter-in-law, respectively, for necessary expenses.

“Harmeet wanted complete financial control over his father’s property and business. Even as the family was living in one house, they were living in separate portions. The son thought that by eliminating his father he could live his life lavishly without any interference. He allegedly hatched a plan to eliminate his father,” Police Commissioner Kaustubh Sharma said.

Asked about the role of Harmeet’s wife, the CP said so far her role has not come behind the conspiracy. “Still our probe is on and if any other person’s role comes, police will take action accordingly.”