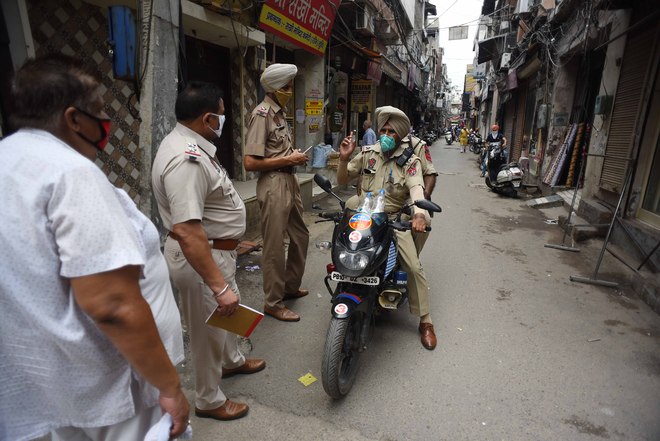 The police patrol a street on the eve of Rakhi in Ludhiana on Sunday. Photo: Ashwani Dhiman

Ludhiana East subdivision has been affected the most by Covid-19. The highest number of positive cases and deaths has been reported from here till now.

Today, 78 more people tested positive and eight lost their lives to the virus. Of these, 51 cases were reported from Ludhiana West, 24 from Ludhiana East and one each from Jagraon and Raikot. Jagraon subdivision now has 113 confirmed cases, Raikot has 55, Khanna 147, Samrala 53 and Payal has 56 positive cases.

Of positive cases, 24 are those with influenza-like illness, 36 are contacts of Covid patients, nine are healthcare workers and one is a domestic traveller.