Five suicides and one attempt recorded since protests began 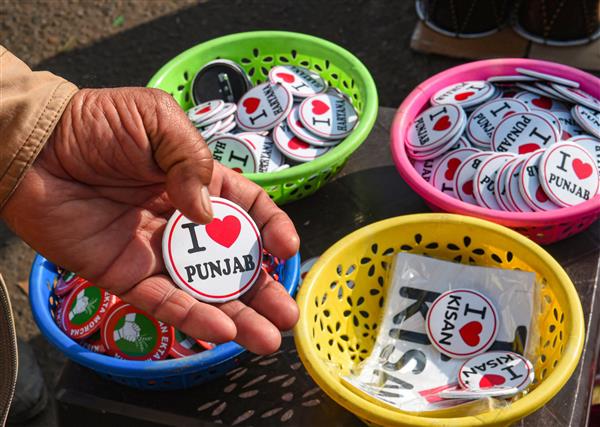 A farmer purchases badges during the ongoing agitation over the farm reform laws, at Singhu border in New Delhi on Monday. PTI photo

A farmer from Ludhiana tried to kill himself at the Singhu border---the sixth incident of its kind during the ongoing farmers’ protests.

Labh Singh, a farmer from from Ludhiana’s Sirthala, drank poison at the protest site, and was later admitted to the emergency ward of Sonepat’s Frank Institute of Medical Sciences. His condition is critical, sources say.

There have been four suicides---a 65-year-old Sikh preacher from Karnal, Sant Baba Ram Singh, who shot himself near Kundli; a 63-year-old lawyer from Punjab’s Fazilka district, Amarjit Singh Rai, who drank pesticide at another protest site, Tikri; Kashmir Singh Dass, a Uttar Pradesh farmer in his 70s who hanged himself at Ghazipur; Amrinder Singh, who took poison at the protests at Singhu border---and one attempt---Niranjan Singh, a farmer from Tarn Taran district who tried to himself by taking pest control tablets at the Singhu border--- since the protest began.