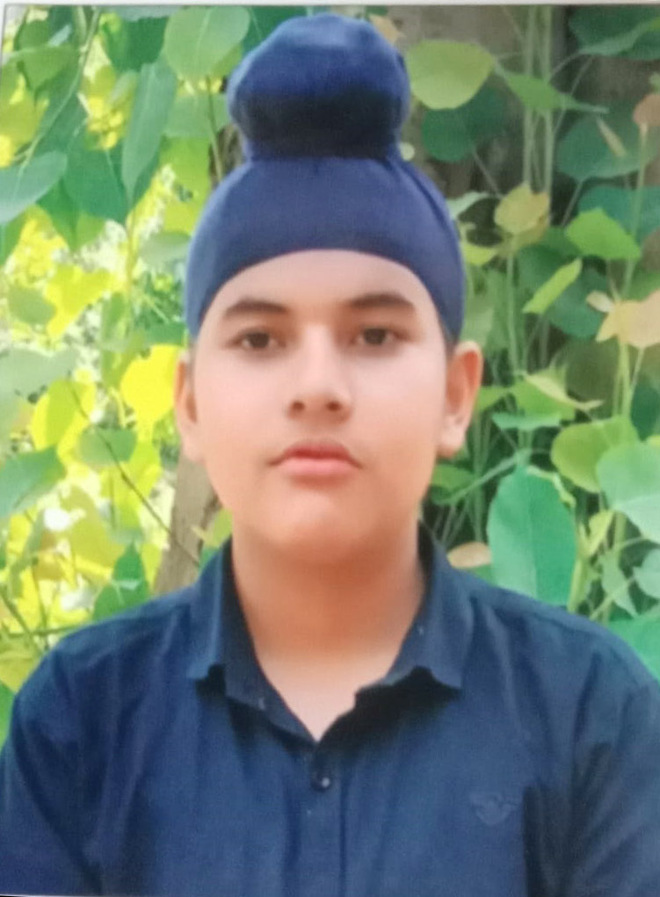 At 9, Anmol Singh Grewal along with friend had chased and nabbed thieves who had stolen bicycle of a friend in 2016. For his act of bravery, Anmol was honoured by Finance Minister Manpreet Singh Badal at the Republic Day function here in 2018.

Plea for needy during lockdown

The little hero passed away after suffering from an illness recently. According to his parents, he had developed dengue-like symptoms, including fever and low platelet count, leading to damage to his liver and kidneys.

A student of Class IX at Sacred Heart Convent School, Anmol, now 13, was a good scout and loved to play sports, especially football. In the school magazine, he was highlighted as “Our Real Hero” for his bravado.

He was among the nine-boy school team that was conferred with a state-level honour for winning the ‘Rajya Puraskar’ at the Punjab Scouts Camp in 2019.

Besides being a bright student, Anmol won a number of awards in various competitions and achieved professional training certificates in computer graphics, web page development and office applications.

Amid the Covid-19 pandemic, he had shared a video urging people to help the needy and highlighted the pain of migrant workers who had to sleep on empty stomach while covering long distances to reach their home states.

“We don’t know what happened to my son, but we have lost him. The doctors had told us Anmol suffered from dengue,” said his father Sarabjit Singh Grewal, an advocate.

“After suffering from fever for two days, his body temperature had turned normal and his platelets count was 2.22 lakh per microliter of blood. After two days, he suddenly started vomiting and we took him to a clinic, but to no avail. He was then admitted to a private hospital where his condition deteriorated and his platelets count fell to 17,000 per microliter of blood,” he said.

“The doctor concerned advised us to take him to a bigger hospital as his condition was serious due to dengue. We took him to SPS Hospital, where doctors told us his liver had got damaged. They started dialysis as his kidneys were also not working. I offered my kidney and liver for transplant, but Anmol passed away on September 16,” he said.