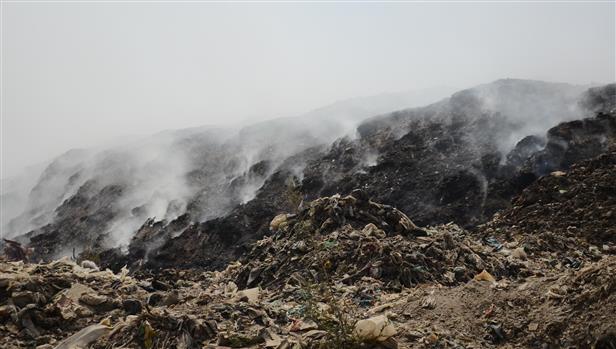 National Green Tribunal (NGT) directed the Municipal Corporation of Ludhiana to deposit Rs 100 crores with the District Magistrate related to an incident where seven persons were charred to death in a fire at a garbage dump site in Ludhiana in April earlier this year.

The NGT said the Municipal Corporation Ludhiana may deposit a sum of Rs 100 crores with the District Magistrate, Ludhiana, towards interim compensation within one month, to be kept in a separate account, to be utilized for remedial measures in terms of the report which will be overseen by the Monitoring Committee.

Tribunal in an order passed on July 25, stated that the Corporation is unable to make such a deposit, it may be done by the State Government. It is open to the Corporation to recover the amount from those contributing to the garbage or those who failed to perform their duties, as per law.

The bench headed by NGT Chairperson Justice Adarsh Kumar Goel in order further stated that, in view of the preponderance of probabilities that the death of seven persons is attributable to the fire of the dump site, the Municipal Corporation is held liable to pay compensation to their next of kin by way of deposit with the District Magistrate, Ludhiana within one month.

Compensation is assessed at Rs 57.5 lacs - Rs 10 lacs each for persons aged above 50 and Rs.7.5 lac each for persons below 20. We direct that the District Magistrate may deposit the amount with a Bank with the direction that a sum of Rs 5 lakh be paid immediately to the sole surviving male member of the family and the remaining be kept in fixed deposit, to be paid at Rs 5 lakh every year with accrued interest till the entire amount is disbursed, the bench added.

The State Pollution Control Board (SPCB) and other authorities in the State of Punjab may comply with the directions of the CPCB dated 26.05.2022 with regard to safety measures against fire incidents in dump sites, apart from observations in the report of the Monitoring Committee. In particular, Ludhiana Municipal Corporation may set up requisite facilities/ infrastructure to prevent fires. PPCB may grant necessary Authorization under MSW Rules as per norms. Remediation of legacy waste which has already been delayed beyond timelines under the Rules may now be done without further delay.

NGT initiated the hearing on the matter on the basis of a media report in which seven persons were charred to death in a fire at a garbage dump site at Tajpur Road, Ludhiana. Most of the deceased belonged to the rag picker family who were living for the last ten years near the site with a huge dump of 20 lakhs tons.