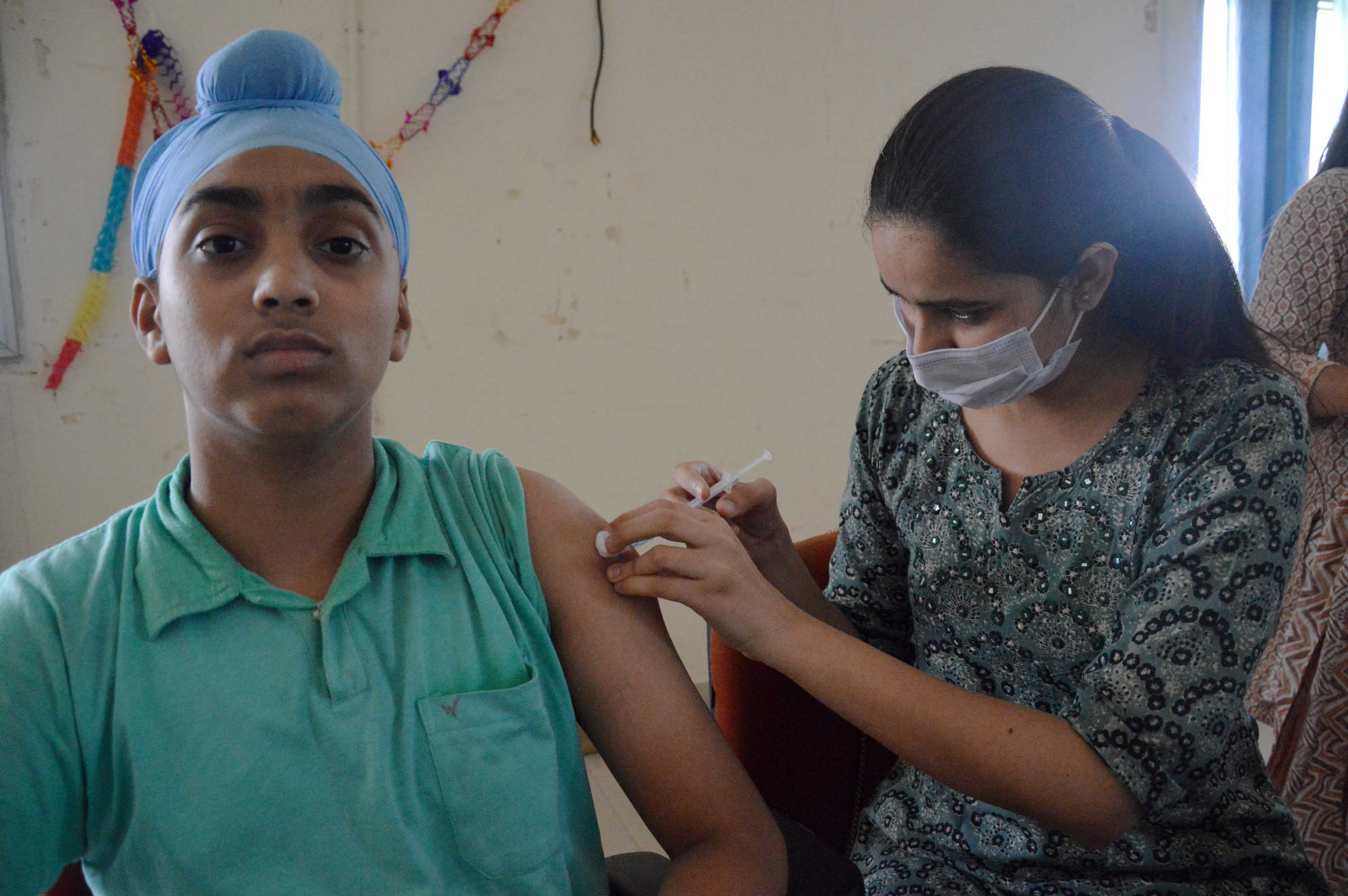 A boy gets vaccinated at the Civil Hospital . Inderjeet Verma

In what appears to be the signs of gradual retreat, the third Covid wave has completely plateaued in Ludhiana district, as per official figures.

While no Covid death had been reported in the district for over a month, no one has been hospitalised in the past four days.

However, Ludhiana had earned the dubious distinction of being the worst-hit district during all the three Covid waves that had hit the state so far with a maximum of 3,406 deaths due to the dreaded virus recorded in the district, including 2,280 locals and 1,126 outsiders.

The last Covid death was registered in the district on April 21 and since then no virus casualty has been reported here.

Similarly, no Covid patient was admitted in any government or private hospital across the district since Sunday after the two critical Covid patients were discharged following recovery from the private institutions.

The plateauing of the third Covid wave was evident from the fact that from 103 Covid deaths in January, the district’s virus casualty tally dipped to almost half in February when 56 persons died due to Covid while March recorded only four Covid deaths and the virus has claimed no life in Ludhiana in May so far.

With no Covid patient critically ill and requiring hospitalisation, all 450 beds reserved for virus patients in government hospitals and 2,936 in private institutions were lying vacant across the district on Wednesday.

Similarly, the number of active cases has also come down by almost 60 per cent in the past 25 days.

Spread of Covid touching its low is a positive sign but we are still maintaining full precaution and vigil to keep the district safe. The people should also continue to exercise restraint and follow Covid-appropriate behaviour for keeping the virus at bay. – SURABHI MALIK, DC 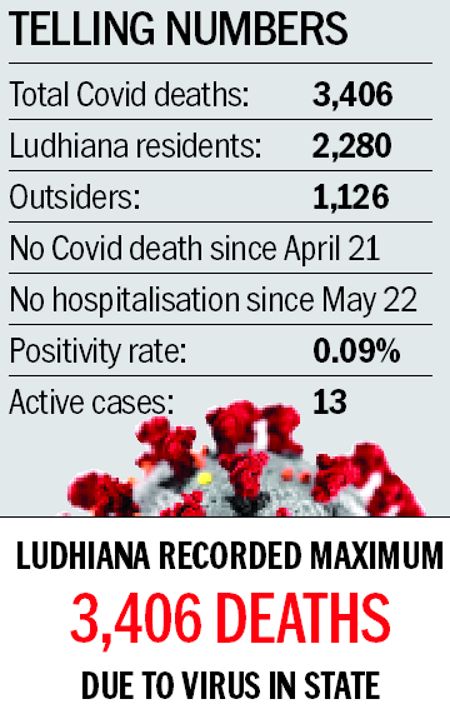