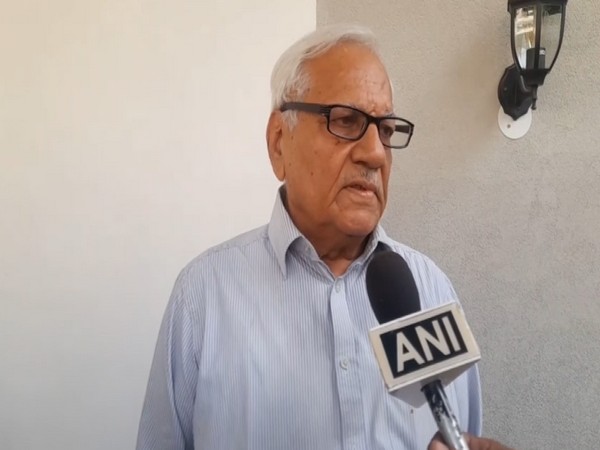 After Indian-origin Rishi Sunak was appointed as UK Prime Minister, his relatives in Ludhiana expressed happiness and pride at the achievement.

An exhilarated Subhash Berry who is Sunak's mother Usha Berry's first cousin exuded confidence that his nephew Sunak would improve the economy of the United Kingdom.

There is an atmosphere of happiness in Ludhiana on Sunak becoming the Prime Minister of the UK.

Talking to ANI, he said, "It is a matter of pride for India. I am confident that he will improve the economy of the United Kingdom." "There is also joy in Ludhiana. The children of our family often visit London. It is a moment of pride to see him as the Head of the country which once ruled India," he added.

Bhimsen Beri and Raghuveer Beri lived in the village of Jassowal in Punjab. In 1950, Raghuveer Beri moved to East Africa and later settled in London. The children of the family often visit the Sunak family.

Brother-in-law of Rishi Sunak's mother Rakesh Sood said, "The appointment of Rishi Sunak would also improve relations between India and England. He will soon head to England to congratulate the family." India and UK were keen to conclude FTA by Diwali and negotiations are continuing between the two countries. Rishi Sunak on Tuesday became UK's first Indian-origin British Prime Minister after being invited by King Charles III to form a government. Sunak met the king at Buckingham Palace.

In his first address as the UK PM at 10 Downing Street, Rishi Sunak said that he will place economic stability and confidence at the heart of his government's agenda. "This will mean difficult decisions to come," Rishi Sunak said.

Talking about his predecessor Liz Truss, who resigned after being in office for 45-days, Rishi Sunak said, "She was not wrong to improve growth in the country. It is a noble aim. But some mistakes were made, not borne of ill will or bad intention, but mistakes nonetheless." Prime Minister Narendra Modi on Monday greeted Rishi Sunak following his election as leader of the Conservative Party and the next British Prime Minister. "Warmest congratulations @RishiSunak! As you become UK PM, I look forward to working closely together on global issues and implementing Roadmap 2030. Special Diwali wishes to the 'living bridge' of UK Indians, as we transform our historic ties into a modern partnership," PM Modi said in a tweet.