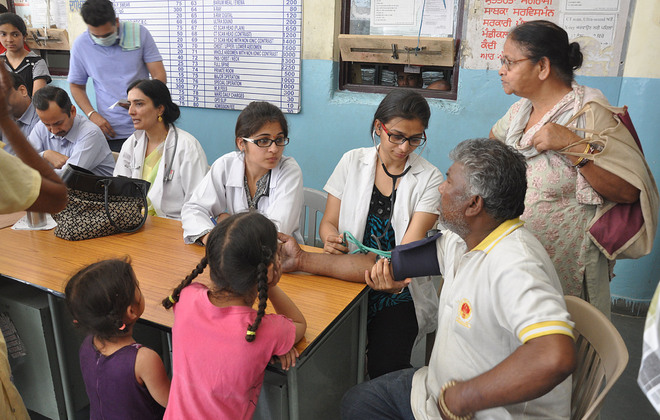 A study on “effective mask usage” revealed that maximum violation is reported near hospitals.

Conducted by Dayanand Medical College and Hospital in collaboration with the Police Department, the study found that maximum people (66.7%) were seen wearing masks on roads and intersections and minimum (52.8%) near hospitals, bus stand, railway station and religious places.

The compliance is high at intersections due to constant vigilance on roads and intersections by the police personnel and fines are also levied on the violators.

Cost of the mask has also been cited as one of the reasons for not wearing it apart from other reasons like being uncomfortable, difficulty in breathing, not being aware or it’s of no use.

Of 77.5% people seen wearing masks only 61.9% wore it effectively. TV and newspapers, social media, friends and relatives were cited as the most common sources of information regarding prevention of Covid-19, which could be due to increased viewing of TV, Internet and social media during and after lockdown.

“Effective usage of masks had significant association with age, ethnicity, education and occupation. The participants in the 18-40 age group had significantly higher effective mask usage (EMU) than older people. Participants who had no formal education (46.9%) or were below Matric (58.9%) had lesser EMU than those who were educated above Matric (67.6%),” said Dr Bishav Mohan, Medical Superintendent of Hero Heart DMCH, who was also part of the survey team.