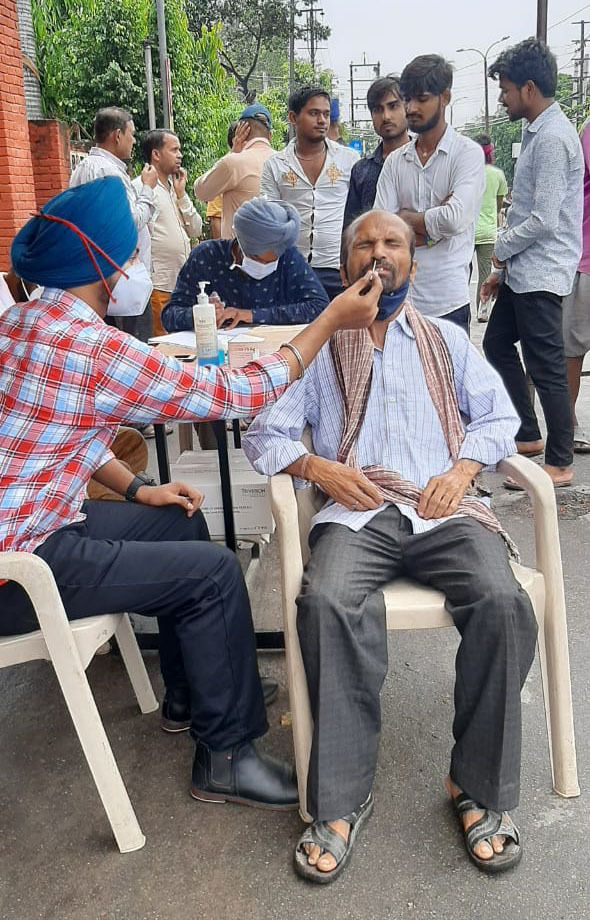 A person gets his Covid test done in Ludhiana. Inderjeet Verma

In what appears to be a new trend, an urban-rural divide has emerged wide and open in Covid cases reported in the state during the past 14 days, the government has confirmed.

The analysis of region-wise positive patients conducted by the Health and Family Welfare Department, a copy of which is with The Tribune, showed that Ludhiana recorded five virus cases from urban areas while 15 from villages during the past 14 days.

While Mohali topped the state with the maximum count of 42 infections from urban areas, Ferozepur reported the maximum of 23 fresh cases from the villages.