A box of sweets says it all 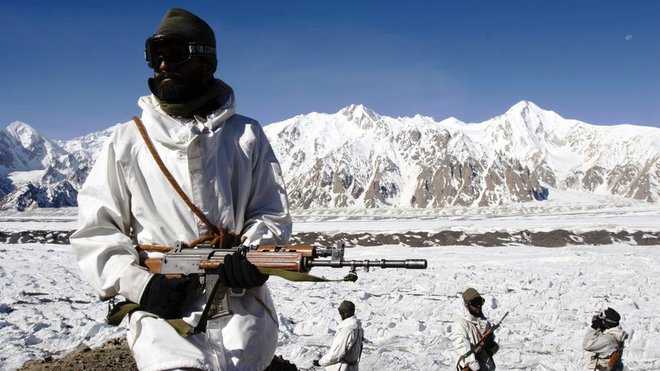 What a jawan missed most was contact with his family for long periods.

Diwali is over. However, for us, Diwali has helped form a unique bond with our jawans. About five years back, I was travelling on the Delhi-Chandigarh Shatabdi Express and a young Army officer was sitting on the adjoining seat, smart, confident, smiling and friendly.

Coming from a non-Army background, I knew nothing — the hazards they face every day, the dangers they encounter at every step, the huge sacrifices they and their families make to keep the country safe. Out of curiosity, I asked him where he was headed. He replied he was going to Siachen. I said I had heard Army life was tough, but how tough, I had no idea. He smiled and asked me to guess how much water a jawan got there every day for his personal needs? I made a wild guess — may be one or two buckets. He laughed and said they got just a few mugs because water was procured by melting snow over kerosene.

I felt ashamed over my ignorance and our indulgence in consumption and utter waste of water and fuel. He said mostly food was dehydrated and packed, but they were accustomed to it. What a jawan missed most was contact with his family for long periods. They were hardly ever home for the important milestones of their children or in the difficult times of their aged parents. For them, the safety and security of their country was paramount. I was speechless and moved beyond words.

Thus, a seed was sown in my mind for our ‘mithai’ mission on a train journey. After this chance meeting with the Army man, we started thinking about what we could do for the jawans serving in tough areas. Since Diwali was nearing, it was decided to send ‘mithai’ boxes for them. From arranging good quality sweets to packing and transportation to forward areas — much coordination and funds were needed.

Our first year target was 2,000 boxes. The Rotary Club of Chandigarh president, Neenu Vij, arranged for air transportation, through the good offices of her husband, a former Army officer. On each box, we put a note of gratitude — ‘Aap hain toh hum hain’. A touching response came from the jawans, as they thanked us and wrote back: ‘Hum aapke liye hain’. It was a very emotional time for all of us.

Since then, the number of boxes has increased to 6,000 this year. The Chandigarh Rotary Club president, Inner Wheel Club and other Rotarians have joined us in this noble act.

A box of ‘mithai’ in a year is a minuscule act compared to the huge selfless service rendered by the jawans and officers. This tiny deed carries a message to the jawans that they are in our thoughts and prayers, and the nation is grateful to them. This sublime expression of gratitude touches both the giver and the receiver.