A lighthouse in the Andamans 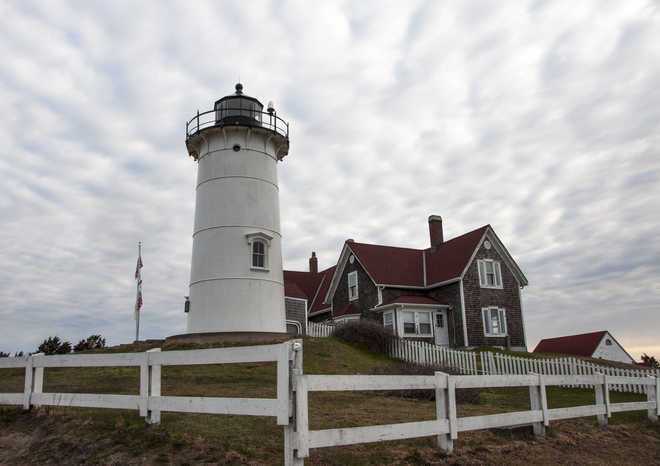 Any mention of the Andaman and Nicobar islands had been of much interest to me because of the tales of freedom fighters imprisoned in the Cellular Jail there. So, it was a pleasure when I was entrusted with the task of undertaking a study of the panchayat elections in those islands.

Prior to my departure for Port Blair, I was told that about half the population of Andaman and Nicobar comprised Punjabis who settled there after serving their term of imprisonment. When I arrived at Port Blair and headed towards the guesthouse, I looked on both sides of the road, but could see just a lone turbaned Sikh driving his scooter on this 5-km route.

Dalwinder, another prominent Punjabi, came to see me after a short while and discarded my misconceptions. These are not two islands of Andaman and Nicobar, rather there are 550 islands spread in a periphery of about 600 km. The group of 28 Nicobar Islands is about 500 km from the Andamans. Only 36 islands are inhabited. The population is only of 5 lakh, and the Punjabi population is hardly 1 per cent, numbering about 5,000. People from all states of India and all religions live here. The literacy rate is 100 per cent and nobody is below the poverty line.

The next day, while in a dense jungle, we saw a memorial in the memory of 40 Army men killed by the Japanese army, in which 22 were Punjabis. While visiting the Cellular Jail, the large number of Punjabi names could be read on the long list of prominent prisoners, particularly the statue of Baba Budh Singh outside the jail gate. The other Punjabi concern was the rush at dhabas in Port Blair. Rangat Road is 150 km long and was constructed by linking the islands with bridges.

But once I visited Dr Dewan Singh Gurdwara, I realised why the man was so revered. A medical officer of the jail, he served all sections of the population facing penury and distress. When the Japanese occupied those islands, they resorted to acts of tyranny on the civil population, thinking they were helping the British. Dr Dewan Singh was asked not to serve the civil society, but he refused. The Japanese could not judge his spirit. He was tortured and attained martyrdom in the same jail where he was a medical officer.

As he lived in the hearts of the people, they came together to construct a beautiful gurdwara, a solace for the locals as well as the visitors. The gurdwara dispensary provides free service to those in need of medication. It is one religious place in that remote location where members of the management belong to all religions, serving as a lighthouse in what was known as Kala Pani during the colonial rule.