A nomadic world of their own 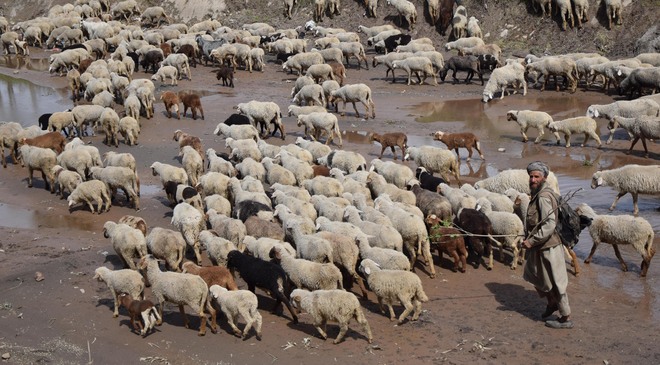 Gypsies have always fascinated people cohabiting in communities. Their lifestyle has a certain aura of openness. - File photo

Gypsies have always fascinated people cohabiting in communities. Their lifestyle has a certain aura of openness. Those who stay bonded with home and hearth find it intriguing how one can live without a roof on one’s head and be always on the move. These wanderers are appropriately referred to in the folklore as people who have little interest in worldly affairs and are known to be banjaras and jogi-jogans.

Back in the village, my mother would buy stuff from women vendors of nomadic tribes when they visited at least twice a year, close to the maturing of crops. The men would engage themselves in the camps with the work of blacksmiths. They made tweezers and tongs for their women to sell. I recall the wandering tribes halting and camping on the outskirts of my village. Young and old, they were all slim and agile. Their women wore white ivory rings covering arms up to the shoulders. Their men had impressive moustaches to flaunt.

The other day, I was waiting at a traffic signal when a tune played on an indigenous violin caught my attention. It was a song from the movie Rudali — ‘Dil hoom hoom kare’.

The pain of the composition was manifest with the near-cringing chords. A man in his fifties, wearing a yellow headgear and with a stuffy grey beard, held the instrument firmly in his hand, while manoeuvring the composition on the chords with a string made of horse-hair, held with a bamboo stick. A boy beat the drum made up of animal skin. The beats matched the tune.

A young woman carried her baby in a hammock made with her dupatta and was begging, gesturing that the infant was famished. I saw a couple of more women begging on the opposite road. It appeared that the nomads had taken over the traffic signal, for there were a couple of children wearing the same headgear, as their seniors.

I was to take a U-turn, when I saw a colourful and fabricated made-on-order three-wheeler, quite big in size. Painted on all sides with bright colours, it was covered with a roof, too. It had enough seating capacity; a self-contained house on the roll. I was fascinated and decided to take a picture. When I reached the red light, sadly, I found all members had left the place.

After taking the U-turn again, I could see the vehicle. It was full to capacity, with all members of the family sitting on their haunches. I kept wondering about the lifestyle of these people in modern times, adapting themselves to the available comforts of life, yet retaining their original character. They did not have a cow or a goat on the tether, since they might be using the milk pouches available abundantly around.

As I said, one is full of curiosity watching these nomads.