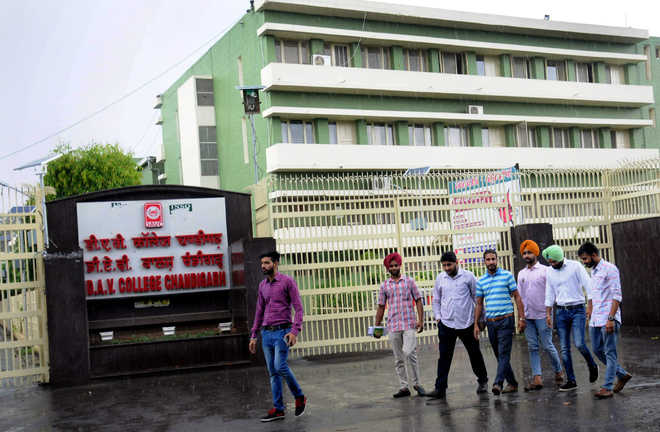 Going to the class late or leaving it early is as unethical as under-weighing or under-measuring.’ Such were the values Triloki Nath, a former principal of DAV College, Chandigarh, stood for. I am over 80 now, and having worked under his seasoned administration for more than a decade, I can’t help paying a tribute to my mentor and inspiration. Principal Nath was a martinet who had an eagle’s eye. He could distinguish between a shirker and a worker. He was particular about discipline, both in academics and sports. Staff members would synchronise their watches with the college bell, and leave the staffroom two-three minutes early to reach the classroom on time.

There were over a hundred staff members on the rolls of the college and all were scared of the principal, who would take rounds of the corridors to observe discipline and punctuality. Round the clock he was on college duty. His ‘spies’ would report teachers who skipped classes. The principal used to scribble a note on a used paper and send it to the staff member concerned. ‘Aaj maare gaye!’ was the summoned defaulter’s instant reaction.

I worked under him as a lecturer of English, a hostel warden, and an NCC company commander, and gained a lot from his administrative genius. I owe my gratitude to him because he injected the spirit of work culture in us. Of average build, Nath believed in austerity and simplicity. He drew just Re 1 as salary, and the rest he would donate to the Arya Samaj or to the college. Under his principal-ship, the college was at the peak of glory. Students even from abroad wanted to get admission. The college also produced eminent sportspersons like Kapil Dev.

Nath followed the path of truth. During his tenure, a student was murdered, which sent waves of terror. But he kept his cool and went ahead fearlessly to pursue the truth.

He was offered the Vice Chancellorship of a university, but he declined the offer because he was ‘wedded’ to the college, though he remained a bachelor. Even after college hours, he would go around the entire campus and switch off lights and fans, and turn off taps of washrooms. He used to accommodate intelligent students in his house, and not only offered them nutritious food, but also managed extra coaching for them. His office was scantily furnished — no sofas, no ACs, no modern luxuries, just simple wooden chairs and fans. His motto was that public money should be spent frugally. After retirement, he was offered a lucrative job at the headquarters, but somehow he could not adjust himself there and became a sanyasi to work at Chinmaya Ashram in Dharamsala.

Such principals are rare, an epitome of industry and austerity. I bow to him. May his tribe increase!