A tango of loo and sand 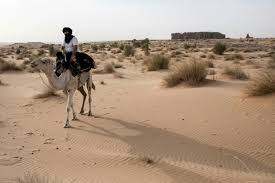 THOUGH I was familiar with the hot summer in North India, it was nothing compared to what I experienced in Bhiwani. This district, neighbouring Rajasthan, was known as the gateway of loos (hot winds) and their accompanying spiralling sandstorms.

In 1977, I was posted as SSP of this district. An old colonial-style resthouse was converted into my residence. And at that time, being a bachelor, with the trappings of round-the-clock police guard at the gate, a band of assistants at camp office, official car, etc., went to make the residential scene pretty surreal!

As the temperatures started soaring, I found it suffocating to sleep inside under a fan. ‘Sir, why not sleep in the lawn?’ a staff member suggested, adding, ‘we’ll sprinkle water in the evening to make it cool and put a pedestal fan.’ I agreed. It turned out to be fun sleeping under the open sky.

A few nights later, however, I found myself being disturbed by an odd chirping of a pair of birds perched on a tree. ‘It’s kotri (spotted owlet) and is not a good omen,’ said my veteran driver, looking worried.

As chance would have it, the following night, a gang of criminal tribe struck in the town, committing burglaries and injuring inmates. We indeed had a harrowing time for a week, with the public up in anger, till a few of the members of the gang were nabbed. ‘Come on! Don’t be superstitious!’ I would admonish the driver whenever he tried to give me his ‘didn’t I tell you’ look about the incident. As a matter of fact, I had soon got accustomed to the chirpings of these birds and would rather imagine music in their notes.

While the temperatures continued to further rise, one morning, I was surprised when a young guard presented me with an empty whisky bottle filled with a greyish-white liquid. ‘Sir, this is raabri (a concoction of fermented barley flour and buttermilk), prepared by my mother in the village. You will never get a heatstroke if you drink it and will get a sound afternoon nap.’ What started as just a curious try, soon became my favourite afternoon drink, what with its sensuously cool indolence slowly creeping over.

In the meantime, temperatures kept rising unabated, and one torrid afternoon, to add to our woes, a terrible sandstorm, representative of more such upheavals to follow, hit the district. There was sand all around, everywhere and in everything. Sand on bedsheets, sand on clothes and sand in food, if the cook was slightly careless.

But they say that every good or bad thing ultimately blows over. So, in our case too, after our fairly longish groaning under the severe searing spell of summer, this all eventually ended when the big dark cascading monsoon clouds blew in to break it, though not without leaving a bittersweet nostalgia of a dreamy oppressive time of my life!