A toast to British marksmanship 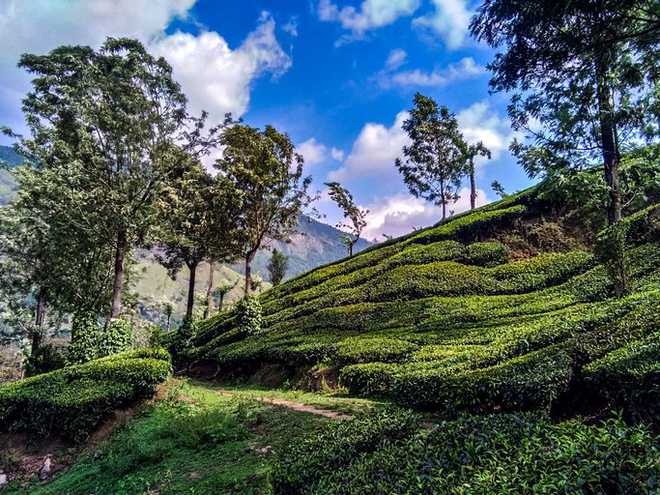 Many of Munnar’s former British tea planters were known to be quite handy with a gun. Some prided themselves on their marksmanship — whether out ‘on the hill’ stalking a stag, at the shooting range, or even oddly enough, in the bar of the High Range Club, their favourite local watering hole.

The ‘shikar’ trophies that line the walls of local clubs are a testimony. At the time of retirement, most of them chose to gift their trophies — reflecting the consummate skills of Van Ingen & Van Ingen, Bangalore’s famed taxidermists — to clubs rather than cart them to the UK. Many of these glassy-eyed showpieces are now on display in Munnar’s unique tea museum.

Till the mid-1970s, every year, the British planters used to gather at a local golf course for the annual Thorpe Cup shooting competition — a keenly contested event that saw men and women vie separately for honours in the rifle, revolver and shotgun categories, including trap shooting. Incidentally, the concrete block on which the trap was mounted is still very much there — preserved for posterity as a reminder of those laidback times. However, the spring-operated trap itself is said to have been sold as scrap by an uncaring caretaker, unaware of its value as a historical artifact!

I witnessed some of these ‘shootouts’ in the 1960s. A festive air, tempered by discipline and orderliness, prevailed – so typical of the Brits who took their recreation as seriously as they did their work. Safety precautions were strictly enforced. All participants submitted their guns for inspection and these were laid out on the ground with their breeches open. Only one person was authorised to handle and distribute ammunition. And all the rules laid down were scrupulously followed, the penalty for non-compliance being summary disqualification, regardless of status.

The hills would repeatedly reverberate to gunfire, sometimes sending a panicky wild pig or jackal scooting across the links, much to the amusement of locals eagerly lapping up the proceedings. When the shooting ended, children would excitedly swarm on to the ground to snap up the spent cartridge casings as ‘souvenirs’. And the contestants would drift to the bar for the prize distribution and celebrations.

The gradual departure of the British planters and the steeply rising cost of ammunition saw this popular event fizzle out altogether in 1975. However, some Brits who stayed on chose to display their ‘marksmanship’ unconventionally in the local club. To keep its bar open beyond 11 pm (the normal closing time), inebriated tipplers used to perversely shy their glasses at the clock above the bar in a bid to inactivate it, forcing the barman to take cover, quite literally!

The tolerant club committee had the disabled time-keeper repaired repeatedly but finally gave up. And thus the battered old clock still hangs desolately in the bar — its hands stilled forever by alcohol-fuelled British ‘marksmanship’!