Aboard the old INS Vikrant 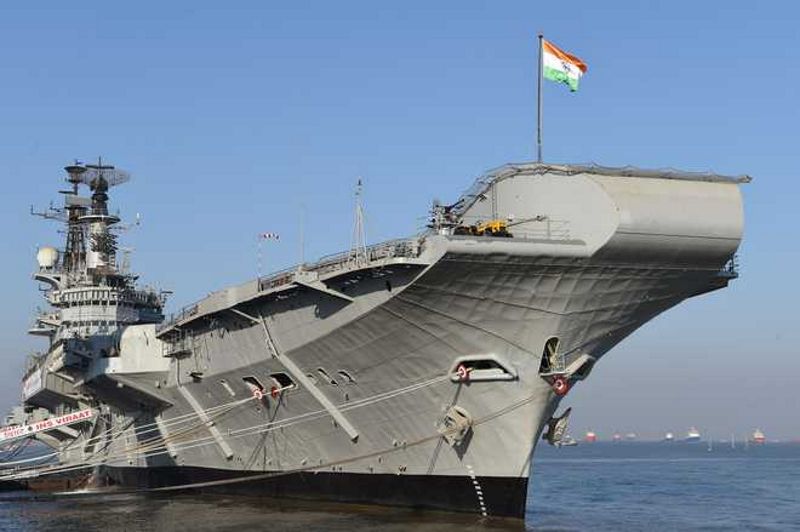 The news about the indigenously built aircraft carrier, INS Vikrant, sent me on a five-decade-old memory of moments aboard her earlier avatar, when my merchant navy ship was docked near the old INS Vikrant in Madras port. Though landlubbers know about the Army, they aren’t familiar with the hierarchy in the Air Force and Navy.

In the early seventies, when I was the chief engineer on a ship, my wife and two minor sons accompanied me on a voyage. They expressed their desire to see INS Vikrant, berthed near our ship in the same dock. I took them along to visit the warship, which was open for the public for some days.

To board the Indian Navy’s famous first aircraft carrier, there were separate gangways, one for public use while the other was reserved only for the officers and crew of INS Vikrant. When I, in my uniform, along with my family, headed for the public gangway which was some distance from the other, a Navy Lieutenant came running and after saluting, requested me to board the ship on the official gangway. On board, another officer was deputed to escort us on a guided tour of the warship and we were accorded special attention.

A merchant navy officer getting such respect from the Indian Navy must have made an impact on the impressionable young mind of my 12-year-old son, as on returning to my ship, his inquisitive mind bombarded me with queries related to service in the merchant navy.

INS Vikrant was a British-built aircraft carrier which was in service from 1961 to 1997. She was commissioned as the first aircraft carrier of the Indian Navy, and played a key role in enforcing a naval blockade of East Pakistan (now Bangladesh) in the 1971 war. In its later years in service, INS Vikrant underwent major refitting and had become a modern aircraft carrier. She was decommissioned in 1997 and was preserved as a museum in Mumbai, from 2002 to 2012. In January 2014, the grand old lady was sold through an online auction and was sent to the Alang ship-breaking yard in Gujarat and scrapped in November 2014-15.

I have long retired and settled down in Amritsar. During a visit to Mumbai, to see my elder son who had joined the merchant navy, I was approached by ship-breakers who offered me the job of supervising the breaking up of decommissioned ships like INS Vikrant on lucrative terms. But having seen its glory and magnificence, it was an offer I could only refuse.