Above all, the call of duty : The Tribune India

Above all, the call of duty 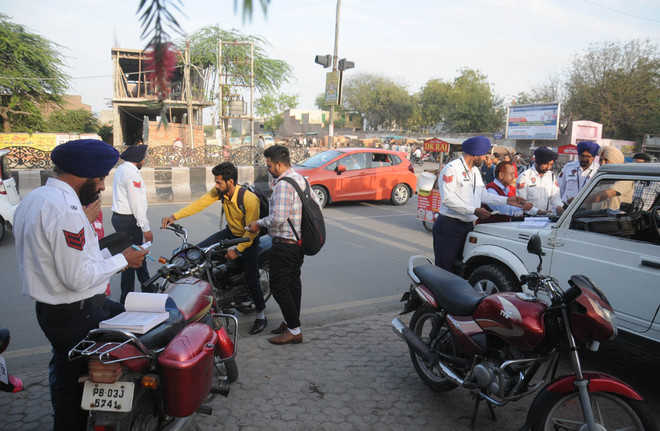 WE often witness public servants being overawed by celebrities and forgetting their rulebook. But there are some rare ones who regain their composure after a jaw-dropping moment and resume their duty. One example was the traffic policeman posted at a Ranchi roundabout almost a decade ago. He flagged down a black SUV with tinted windows — a traffic rule violation. But when the driver’s window was rolled down, he was awestruck to see cricket sensation and Jharkhand’s sports icon, MS Dhoni, behind the wheel. But the call of duty prevailed over the initial excitement. The cop saluted the celebrity, but insisted that he would have to pay the mandatory fine.

This incident, about which I had read in a newspaper, popped up in my mind a few months ago when I came across a similar cop in Shimla. I was in a car being driven by a friend — a senior bureaucrat with the Himachal Government. A song playing on the car stereo led to a conversation on Hrishikesh Mukherjee’s 1969 movie Satyakam. The movie depicted the story of an honest engineer who refused to shun his scruples even in the face of adversity. My friend remarked that it was almost impossible to find such an individual in today’s imperfect world. I expressed a slightly sanguine view that shades of Satyakam were still visible in people, howsoever rare they might be.

We had crossed the High Court building and were just about to enter Mall Road to take a turn towards US Club. A policeman signalled us to stop the car. He approached the driver’s window and asked politely, ‘May I see your permit, sir? You can’t drive through this sealed road without a permit.’

My friend looked him straight in the eyes, ‘So, you don’t recognise me?’ ‘I very well do, sir! But I can’t allow any vehicle on this road without a permit,’ the policeman said in a firm but respectful voice.

Taking the cop’s stubbornness lightly, my friend enquired about his name and whereabouts, and then, addressing him by name, said with a veiled threat, ‘Don’t you know that I may be posted in the police department sometime?’

‘I know, sir. And if it so happens, you shall be lucky to have at least one duty-conscious and disciplined constable working under you!’ he quipped.

My friend grinned sheepishly and reversed his car promptly without uttering another word. We took another route to our destination. On the way, picking up the thread of our conversation, he said, ‘You were right! We can still find glimpses of Satyakam in people. They manage to survive, howsoever our system tries to bend them.’