An early lesson in austerity 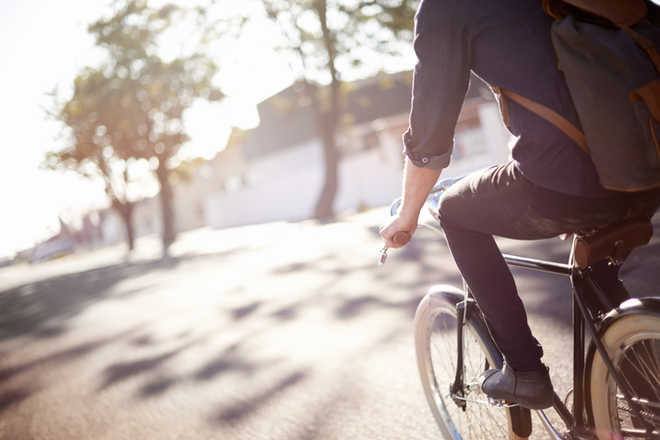 My father S Sochet Singh was nominated by the Government of Patiala and East Punjab States Union (PEPSU) to the Constituent Assembly of India in 1949. I was five years old then. In hindsight, if we compare the present-day National Capital with the Delhi of those days, it was a much smaller and cleaner city with wide boulevards lined with ornamental and shady trees.

According to the 1941 Census of India, composite (old and new combined) Delhi was a city of a little more than 5.5 lakh population, much smaller than Punjab’s capital Lahore, which was the fifth largest city of India. Most British officers left India in 1947, but some were leaving at leisure.

As the sprawling houses were being vacated, the eligible Indians occupied these. Compared to more than 800 MPs of today, the members of the Constituent Assembly then were about 300. So, every law writer could get a sprawling house. My father was allotted 22 Queensway (now 22 Janpath). He had a British-made Raleigh bicycle. All that my father needed was to keep it clean and properly inflated. Rather than taking shortcuts, he used to take the scenic Queensway, India Gate and Kingsway (now Rajpath) route to Parliament House. This area is getting the Central Vista project now. His bicycle was treated with as much respect as a luxury car.

On some occasions, he was allowed to take his spouse and children to Parliament House. On one such occasion, I observed that almost all members were going in Baby Austins, Baby Morrises, French Reynolds and a couple of Volkswagens while some were being driven in luxurious Studebakers, Hillmans, Chevrolets, Buicks, Oldsmobiles and Plymouths. On the other hand, my father, most of the time, rode a bicycle. My ego felt a little jolted, but I controlled my feelings. For a few days, I was hesitating to ask an awkward question from my father.

One day, I plucked up the courage and asked, ‘Most members are commuting between home and Parliament House in a plush automobile and you are riding a bicycle.’ His answer surprised me. ‘India is a poor country, where everyone cannot afford a car.’ He said a lot of well-to-do people in Europe had no shame in riding a bicycle to work even when they could afford a car.

He read my mind and felt a sense of hurt. Though he did not buy a car, but soon thereafter, he bought a US-manufactured Willys jeep to travel to the villages, which were devoid of metalled roads during those early days of Independence.