Apart, but bonded in prayers : The Tribune India

Apart, but bonded in prayers 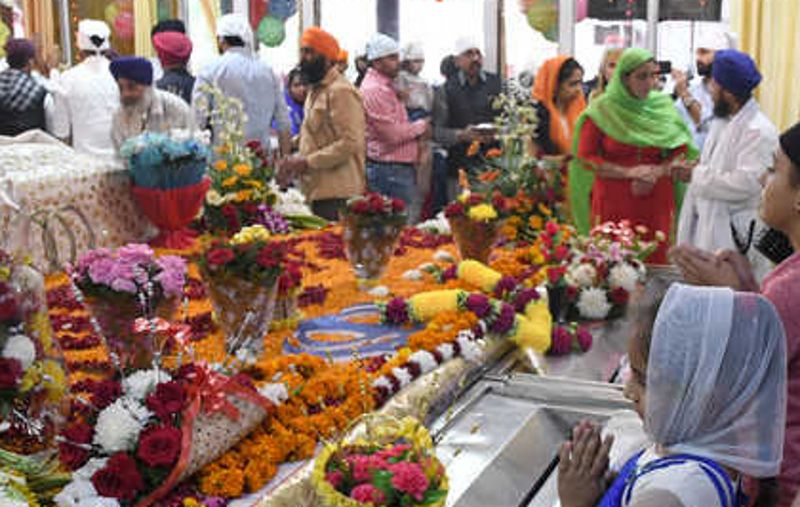 I AGREED instantly when my cousin asked if I wanted to visit a historic gurdwara along the border with Pakistan. Minutes away from a town called Khem Karan, it opens only on Sundays for limited hours.

Excited, just hours later, we were en route in our car from Amritsar. The journey of about two hours took us into the countryside. We passed through several small villages and towns with amusing names. As Khem Karan arrived, the map on our car’s screen directed us towards Mehdipur village, where Gurdwara Sahib Singh Shaheed is located — in the middle of fields. It is believed that its foundation was laid by Maharaja Ranjit Singh at the spot where the Sikh warrior died protecting Guru Hargobind from the Mughals.

As per rules, we deposited our car keys and mobile phones with the security desk and headed towards the heavily wired fence, about 200 metres from the border line, which we crossed to reach, before a quick security check by BSF officials. There were hundreds of visitors. Interestingly, we could see Pakistanis walking towards the gurdwara, taking the muddy paths. Ardaas was on, with several prayer requests — mostly for foreign dreams.

I was surprised to see a border marker — a small triangular pillar, painted in white and at an arm’s length from the gurdwara’s little wall — and a group of young Pakistani men, dressed in traditional and colourful kurta-pajamas. They were seated nearby, some with folded hands, under a thick canopy of trees that offered equal shade on the Indian side. They were accompanied by a member of the Pakistan Rangers.

We felt so close, and also not so close, but we kept exchanging smiles. I waved and they waved back, including the Rangers guy. Many thoughts must have oscillated in the minds on either side. As they carried cellphones, they were making videos and clicking pictures. They were soon joined by more, which must be a usual scene every Sunday.

When the distribution of prasad commenced, followed by tea and pakoras, we wished our parted neighbours were also served the food. It touched my heart when my cousin said, ‘Wish there was also a prayer for India and Pakistan’s love, and help for floods in Pakistan. Imagine how the Pakistanis sitting nearby would have felt!’

On our way back, we had mixed feelings. We agreed that the Partition may have taken place partly due to religious differences, but even after 75 years of Independence, where was the so-called secular state in India today? Was the picture of unity only for school books? What an irony!