At long last, a dream did come true 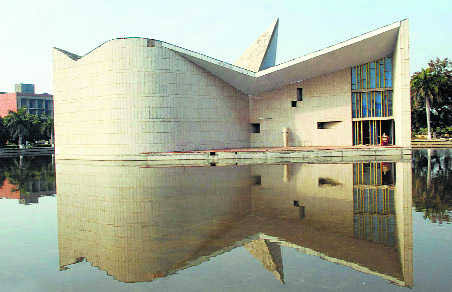 After mom had learnt to drive a car and use a computer, I thought that she had fulfilled all her dreams. I didn’t know that she had another dream — a dream she had since she was six, when her little footsteps had first trod the City Beautiful. And they longed to be back ever since. Every time she would visit the city, her dream to make it her home would strengthen its resolve.

Finally, her parents settled in the city, when granny got transferred to the city, but by then mom wasn’t a six-year-old girl anymore. She was married, settled, and working in another faraway city. But she longed to be home. My every childhood vacation was spent at granny’s place. The childhood stories I have grown up hearing from mom were mostly the ones of the time when she had partially fulfilled her dream by studying at Panjab University, Chandigarh.

Almost a decade later, one day her dream was about to come true. Her elated father couldn’t resist breaking this news to his daughter. He rang her up. ‘The transfer file is in my hand,’ he said happily, ‘just the last signature is left, and then you’ll be home.’ The elated daughter couldn’t resist breaking this news to her husband. He heard the happiest news of her life with a scorn. ‘You’ll see a dead me, if you go ahead with your transfer,’ threatened her husband, who didn’t want to follow in his wife’s footsteps. And she relented. The last signature was left unsigned. The happiest day of her life became the saddest one. Her dream remained unfulfilled. She silently waited for another chance.

Decades later, when her retirement year was close by, and her dream was still far away from being fulfilled, I said, ‘You can live in Chandigarh after retirement.’ Mom said, ‘My dream isn’t just to live there. I want to retire working there, just like my mother did.’

One day, her phone beeped. It wasn’t any other routine official notification. It was ‘a dream come true’. She read it with her bespectacled eyes and a wrinkled smile. It was a call for her to be transferred to the City Beautiful, her dream city. The transfer file was back in her hand, after decades of wait. This time the last signature was also signed. And this time her husband relented to her dream. It was tough to leave behind everything and start life anew in another city, but her dream was calling her. And she had to go. After five decades, she was finally home. Ironically, she was posted at the same post, where her mother had worked before, albeit in another department.

Now, when I look at her aged feet walking on the blessed soil of the city, I see that six-year-old girl’s little footsteps in them, who never stopped believing in her childhood dream. Now, I, too, believe that dreams do come true, even if sometimes time outweighs them.