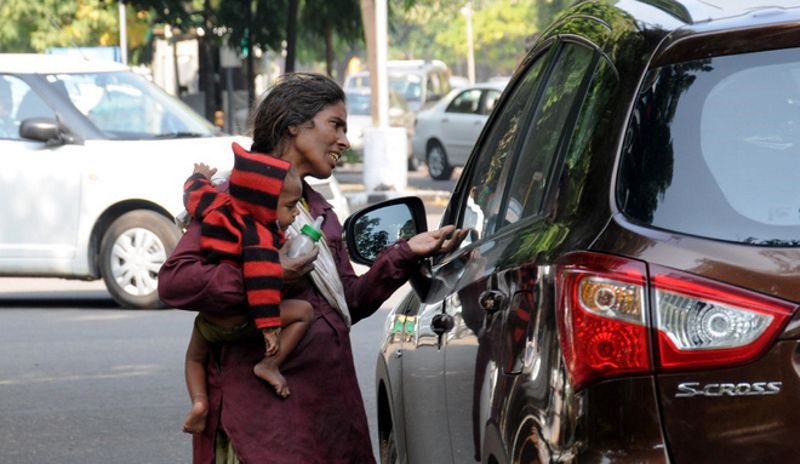 I DON’T want to beg, please buy a Rs 10 blue colour pen. Thank you. Bless you.’ An elderly woman in Pune drew the attention of people on the road with this self-respecting message on the cover of a box filled with pens.

Indeed heart-warming! Instead of begging like innumerable able-bodied people, this old woman chose to sell pens to earn her livelihood in a respectful manner. This is a lesson not just to beggars, but to all — ‘Earn your bread by the sweat of your brow.’

Granted, begging by disabled people, who are unable to do anything, can be accepted. But begging by people who look apparently healthy is an eyesore. Such people are so accustomed to begging that if you ask them to do some work, they’ll look askance and go away. Once in Lucknow, when I asked a healthy-looking beggar to come and clean my room, I’d give him a few bucks, he condescendingly replied, ‘Paise nahin dene hain, mat deejiye, lecture mat deejiye’ (If you don’t want to give money, all right, but don’t sermonise).

This attitude of not doing anything, perpetuates begging. Though beggars are everywhere, you don’t come across completely inert beggars outside India. I remember, years ago, outside the Al-Azhar Mosque in Cairo, I gave some food to a ‘beggar’. ‘Wait a minute,’ he said in Arabic. Then he asked me, ‘Do you understand Arabic?’ I told him that I could speak, read and write the language. He then drew a charcoal-sketch of mine with his left hand and calligraphed my name in cursive Arabic and gifted it to me. I was pleasantly surprised. He had resorted to begging after losing his right hand in an accident. He learnt to write with his left hand and would come to the mosque in the evening. If someone gave him something to eat, he’d draw his picture along with his name and gift it. That was his way of returning the favour! I doffed my hat to him.

No human is completely useless. We all have some skills. At least, most of us can do some sort of manual work instead of begging and demeaning ourselves. No work is small or disrespectful. Any task is better than abject begging.

On Pune’s famous Fergusson Road, there are guys who’ll play western numbers on their guitars and will not nag you for money. People give them a few bucks. They’re at least using their skills to earn respectfully. In The Autobiography of a Super-Tramp, Welsh poet and writer WH Davies wrote, ‘A guitar in hands, strumming its strings/He’s a beggar, he’s a tramp with wings.’

In these times of extreme inertia, this elderly woman in Pune, selling pens with dignity, sends a loud and clear signal to society that the human spirit is indomitable and work is worship. One must never compromise on one’s amour-propre.