Bose and the Japanese offensive : The Tribune India

Bose and the Japanese offensive 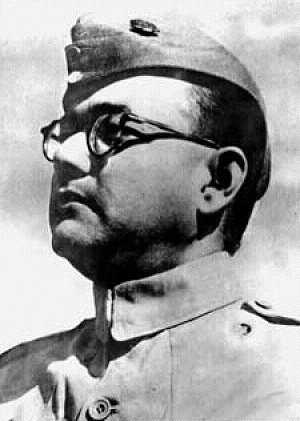 HAVING commanded a brigade stationed at the Palel airfield at Kakching in Manipur from 1997 to 1999, my thoughts go back to the role this airfield played in Netaji Subhas Chandra Bose’s military plans.

This disused airfield (now housing an Assam Rifles battalion) was the target of a Japanese offensive from Burma into Northeast India in the final phase of World War II. The Japanese 15th Army, comprising 15, 31 and 33 Divisions, and the Azad Hind Fauj Division were to advance along Moreh on the India-Burma border, capture the airfields at Palel and Imphal and push through to Dimapur. This offensive was intended to pave the way for the capture of the Brahmaputra valley.

These two airfields showcased British airpower. They were also to serve as launch pads for the planned British offensive for the reconquest of Burma. The Japanese wanted to pre-empt this eventuality. Overrunning Assam would also deprive the Allies of the use of the airfields (Hump Route) that were supporting US General Joseph Stilwell’s offensive in China. Netaji hoped it would trigger a revolution in India against British rule, and also within the Indian army.

In view of this objective, a small party of Japanese troops backed by Netaji’s ‘Gandhi Brigade’ infiltrated into the Palel airfield and destroyed eight parked British aircraft. This was no mean achievement considering that the mountainous terrain covered by a hostile jungle had to be traversed. The units of my brigade had operated in these jungles during counterinsurgency operations and found remnants of the war — dilapidated bunkers, human skeletal remains and spent cartridge cases at several locations.

The Japanese offensive was thwarted by stout British defence at Imphal — the battle of the ‘Pill Box’. After the defeat at Imphal, Japanese General Masakazu Kawabe informed Netaji that the orders for the retreat had been given. Bose declared that Azad Hind Fauj troops would continue the march to the homeland. This was a futile exercise as they lacked air, armour and artillery support and were totally dependent on the Japanese army for logistical assistance.

Netaji’s army played a stellar role in preparing the ground for India’s Independence. Lord Wavell, the then Viceroy, wrote in a note in 1946, ‘It would not be wise to try the Indian Army too highly in suppression of its own people.’ ‘Jai Hind’, the slogan of the Azad Hind Fauj, continues to be popular, especially in the armed forces.