Bringing all together on Lohri 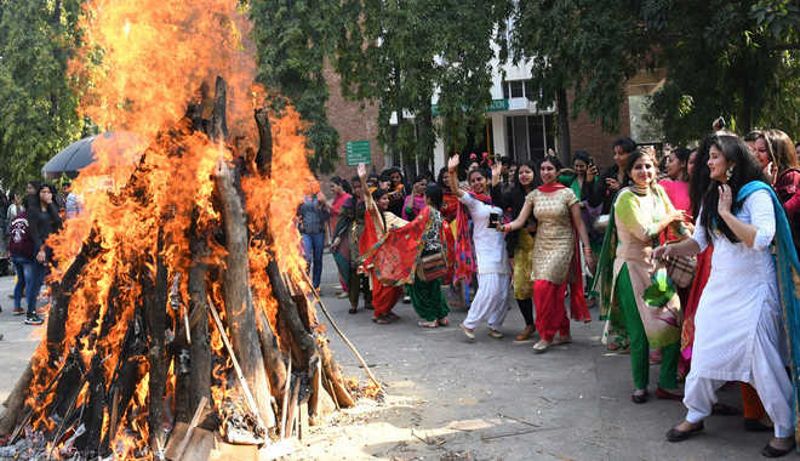 I STILL remember how during Lohri days, we small girls would visit neighbouring houses, singing songs to collect eatables and coins. The songs reflected our innocence, besides our culture and traditions.

Lohri reminds us of the victory of good over evil. And the thrill of victory is experienced by throwing sesame seeds into the burning fire of Lohri with a feeling that our sins are burnt. Thus uplifting songs are sung. Those days, we would collect coins singing: ‘Sunder munderiye, Tera kaun vichara/Dulla Bhatti wala... (Dear Mundri, the most beautiful innocent daughter of a poor person, there is no one to protect you except Dulla Bhatti).

Dulla Bhatti, a folk hero, was referred to as the Robin Hood of Punjab. During the medieval era, he led a revolt against the cruelty of Mughals. He was a protector of the daughters of the poor, saving them from the clutches of the dowry system.

During those peaceful days, even those members of a family who were serving in the Army or close relatives would visit their families, near and dear ones at the time of Lohri. This song too had become popular among us and we would ask for Lohri gifts thus: ‘Lohri parv hai milni wala, vichhde aan milave’ (Lohri is a festival of making people come closer, we pray for your lovelorn meetings ahead).

Now, when the trend for women empowerment raised its head, Lohri over the birth of a daughter too began to be celebrated. And with the origins of this new celebration, even the songs being sung to ask for Lohri gifts took a U-turn. Thus they sing: ‘Lakshmi jammi tere dhee ve babla, Chhota na kar jee ve babla, Lok kahn ge kee ve babla, Vand tun makhan ghee ve babla (Dear father, you are blessed with a Lakshmi-like daughter. So, don’t be miserly. If you do, what would the neighbourhood think of you. Better if you distribute gifts liberally than you did over the birth of your son).