Chance encounters in the wild : The Tribune India

Chance encounters in the wild 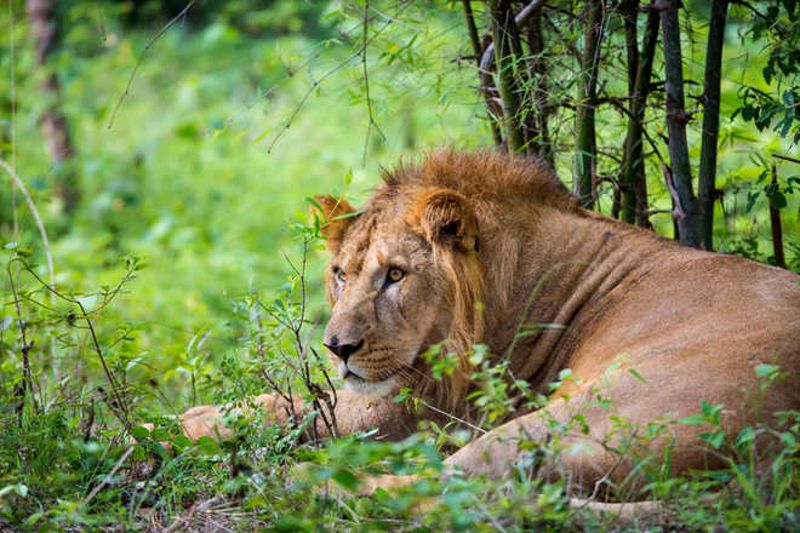 THE jungle lore of Gir National Park in Gujarat has it that when the Duke of Edinburgh toured the place in the 1980s, the king of the jungle, the Asiatic lion, did not oblige him with a darshan. The duke, say old-timers, was so disappointed that he expressed doubts over the existence of lions in Gir.

The royal scepticism was, however, misplaced. The fault was not the lion’s but of the duke’s itinerary makers who chose the afternoon for the visit, forgetting that it is the lion’s siesta hour. The teeming security personnel did the rest. But looking at things from a different angle, the duke’s disappointment was due to disregard for a simple rule of a jungle visit — don’t expect too much.

It has always kept me in good stead. In 1990, when I first visited Gir with my wife, all we wanted was to soak up the ambience of the forest. But luckily, we sighted not only a pride of lions but also a beautiful panther, which leaped across the road ahead of us and vanished in the foliage.

An hour later, we saw two panther cubs — hardly a few days old —found by forest guards. We were told that the panther we had seen was their mother, who was scouring the jungle in a state of confusion after she had somehow gotten separated from them.

We were on a visit to the Wild Ass Sanctuary in the Little Rann of Kutch when we were told that the place was also home to rare bird species, including the Great Indian Bustard. Our eyes lit up, but we kept our hopes in check.

The next morning, we were crisscrossing the small islands dotting the Little Rann that are the habitat of the Bustard, in an open jeep, when my wife spotted a biggish bird at a distance. We were thrilled. Though it turned out to be the less rare MacQueen’s Bustard, our day was made.

But more was to come. We discovered what a beautiful animal the wild ass is when an excited horde kept pace with our jeep, touching 70 kmph. Imagine the irony of running at that speed and yet be called an ass!

We left them and moved towards the marshes, where we witnessed the rare sight of hundreds of flamingos taking off into the sky in a rippling canopy of pink, white and black.

The piece de resistance, however, came when a grayish speck at a distance looked out of place in the vast khaki expanse. Focusing my binoculars on it, I found it was a falcon, the Shaheen falcon. The mere mention of the name drew an excited response from our guide, ‘You’re lucky! It hasn’t been sighted here in the last five years.’ Thrilled, we moved closer and had an eyeful of the ‘lion of the sky’.

What more could one ask for in the span of one morning in the wild?