Charity with a rider : The Tribune India

Charity with a rider 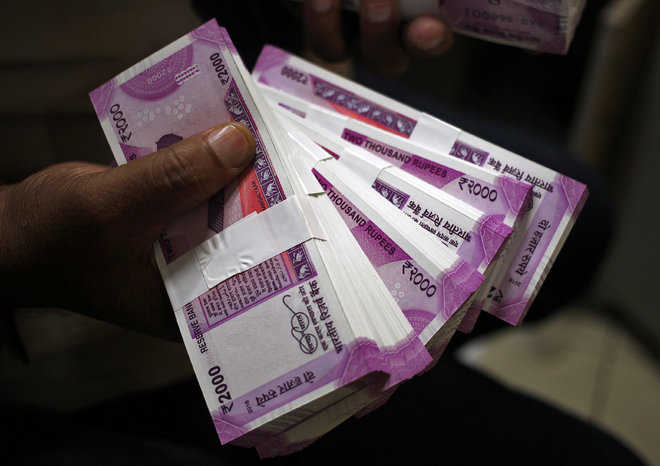 TWO young men came to our doorstep. Our elder son opened the door and was taken through a story of tragedy and loss. One of the men burst into tears, but was placated with a decent amount handed over by our kind-hearted son. In the evening, a slew of messages on the phone warned the people of the locality to be on the lookout for a couple of conmen who would not take no for an answer. By then, our household had already made its contribution to those liars who had used a genuine tragedy to line their own pockets.

One may put it down to the way of the world. One may put it down to a lesson to be learned. But this took me back to my time in college when 10 paise had a meaning and the now-gone four-anna bit could alter the comfort or lack of it for the day. Living in the hostel, every little amount was stretched to its outer limit — for that would determine which movie-hall one could go to and which restaurant could be managed for a weekend treat.

Now, a certain gentleman on the same floor as a good friend and I wanted to go home for the holidays and said that his money for the ticket had not arrived. Could one of us lend him the amount? My friend had what he wanted and handed it over on the promise that it would be returned the moment he landed back.

The certain gentleman came back. The money did not. Days turned to weeks and weeks turned to months. Now my friend was desperate and asked him for the amount. A shout was the answer, ‘I don’t run a charity.’ Partly in jest and more out of anger and irritation, he was told, ‘Then why don’t you start one?’

He did. He got in touch with what was then a highly reputed organisation that was supposedly helping the poor and destitute. He got a letter from them saying that he was authorised to collect money on their behalf. The gentleman in question had one set of donor receipts from one printer and another set with the same numbers from another. Now, each donation came in twice. One lot of the money went off to, hopefully, help the dying and the destitute and the other went into the gentleman’s pocket. Of course, we learnt of this much later.

At the end of a decent period of donation collection, to which our college’s principal and hostel warden also contributed, the gentleman invited our entire floor in the hostel for a grand dinner. We enjoyed the meal and everyone praised his generosity and large heart. Quite expectedly, today the gentleman is a multi-millionaire. My friend is still waiting for the return of the loan.