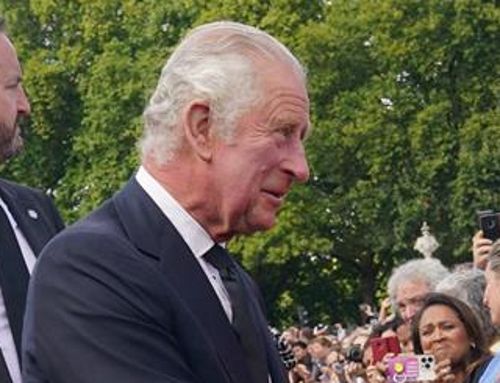 LISTENING to King Charles III's internationally televised speech on his accession, after the death of his mother Queen Elizabeth II, made one wonder at the long gap it took Britain to hear a male monarch again. For the past seven decades, it was only the Queen's voice. - File photo

LISTENING to King Charles III’s internationally televised speech on his accession, after the death of his mother Queen Elizabeth II, made one wonder at the long gap it took Britain to hear a male monarch again. For the past seven decades, it was only the Queen’s voice. Charles, the Prince of Wales, remained the longest king-in-waiting as Elizabeth chose to serve the nation right till her last breath. ‘She set an example of selfless duty which, with God’s help and your counsels, I am resolved faithfully to follow,’ said Charles recently to British parliamentarians during a condolence ceremony.

Before him, one had heard a king of Britain speak only in TV shows, like The Crown or an Oscar-winning film, The King’s Speech, a biopic on the struggles of Elizabeth’s father, King George VI, with stammer. In the historical drama, just uttering the short greeting — ‘Merry Christmas’ — on radio was an ordeal that tormented the king, marvellously portrayed by Colin Firth. The abdication of the throne by his elder brother, Edward VIII, for his love Wallis Simpson, an American divorcee, put the reluctant younger brother, Prince Albert, on it instead. To cope with his stammering, he secretly took the help of an Australian speech therapist who tutored him to make his first wartime radio broadcast upon Britain’s declaration of war in 1939.

King Charles III has no such issues of speech hesitancy. As Prince of Wales, he was rather loquacious and known for his controversial tongue-in-cheek opinions, often ruffling many feathers. In particular, he had a great allergy to modernist architecture of London. It all began when he was invited on the occasion of the 150th anniversary of the Royal Institute for British Architects in 1984. He took the opportunity to critique the profession and its modern designs with his acerbic description of the proposed extension to the National Gallery in London as a ‘monstrous carbuncle on the face of a much-loved and elegant friend’. Later, he came out with his own 10 principles of what good architecture ought to be, which his critics pooh-poohed as outdated ‘Noddy house cottages’.

However, ever since becoming the monarch, Charles’ words have been an epitome of grace and dignity. He seems to be following the words of Walter Bagehot, ‘There are two elements of the Constitution: The efficient and the dignified... The efficient has the power to make and execute policy... The dignified gives significance and legitimacy to the efficient and is answerable only to God.’

One wonders what his comments would be if he visited Le Corbusier’s Capitol Complex at Chandigarh! Perhaps his own words recently, ‘As I stand before you today, I cannot help but feel the weight of history which surrounds us and which reminds us of the vital parliamentary traditions’, can calm down his architectural allergies.