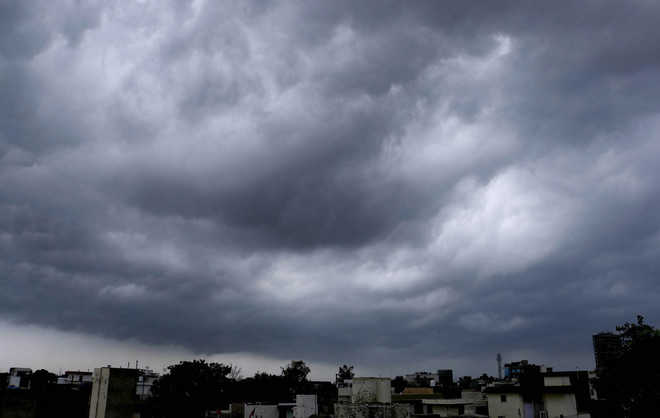 As I was moving out for a morning walk, I glanced at the newspaper headlines. One announced: ‘Bring out the umbrellas, heavy rain likely today’.

I looked up at the sky. Clouds were gathering in the north. The forecast of the India Meteorological Department (IMD) appeared to be coming true.

In my childhood, I had learnt that the monsoon which brought the annual rainfall, arrived by June 15. More often than not, it would.

This year, the IMD had predicted that the monsoon would hit northern India by the last week of June. Probably, the department was impelled to say so guided by rains during that period. But the rains eluded thereafter.

My wife advised me to take an umbrella before I ventured out. I dismissed her advice with a smile: ‘If it rains, let it be! I shall enjoy being drenched.’

I walked on the streets of Chandigarh with a set of double masks on my face. Ever since the Covid-19 pandemic entrenched itself in India, I had been taking to the streets for a walk instead of the parks, as it was easier to move away from an approaching person to maintain physical distance.

As I moved on the oft-trodden path, the clouds chased me and appeared to be catching up with me. I quickened my pace. Though I had boasted that morning that I would rather enjoy being soaked, in fact, I dreaded the same lest I should catch a cold and develop fever, inviting suggestions for an RT-PCR test.

I reached home in 55 minutes instead of the usual one hour, covering the entire distance. At 74-plus, I hadn’t the energy to lengthen the strides further.

I sat down in the lawn and spread the newspapers, one by one, for a leisurely read, while savouring a cup of tea. There was no trace of rain. But lo and behold! Within an hour, raindrops started falling. I hurried inside. As soon as I did that, the rain stopped.

In the evening, I again sat in the lawn with my wife. Clouds in the distance were roaring in the sky. My wife told me to recite the chaupai from Ramcharitmanas which is supposed to bring rain. I obliged her. ‘Ghana ghamanda nabha garajata ghora, priya hina darapata mana mora; damini damaka raha na ghana mahin, khala kai priti jatha thira nahin’ (The clouds are proud and uproarious in the sky. Without my beloved [Sita], I am getting frightened. The lightning in the clouds is as short as the friendship of the wicked). The recitation didn’t produce results. The clouds moved away and the roaring receded.

There are no heavy rains in Chandigarh as yet. I hope Lord Rama would bless us with rain, irrespective of what the IMD says!