Close encounters in streets of London 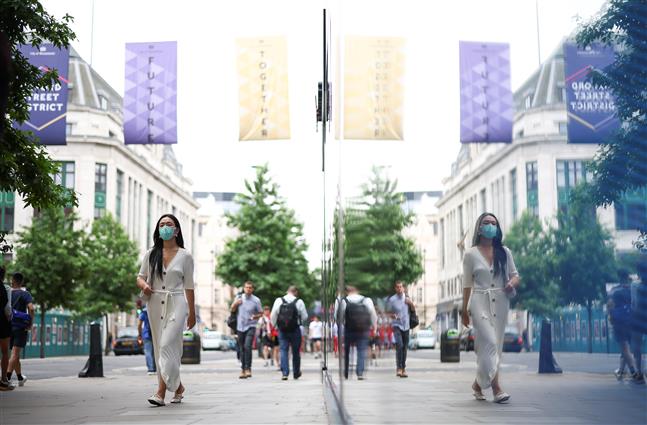 It’s amazing what a short walk in central London can reveal. I am in the UK, my first trip abroad after three years, thanks to the pandemic. I get off at the Bond Street underground station, on Oxford Street, where some of the city’s leading department stores, like Selfridges and John Lewis, are located.

This is also the area where I used to work for the Reader’s Digest, half a century ago. I retrace my steps to Berkeley Square, where RD’s office used to be. Outside Claridges, the swanky hotel much favoured by royalty, I see a cluster of people surrounding a tall, imposing figure, with salt-pepper hair and beard. Yes, it’s Croatian Goran Ivanisevic, who won the Wimbledon title in 2001 and is part of the coaching team of Novak Djokovic, who triumphed on July 10. Goran is gracious enough to let me take his photo so that I can prove to my tennis pals that I am not just making this up.

A short distance away, at Berkeley Square itself, is a blue plaque on the wall: ‘Clive of India, 1725-1774, Soldier and Administrator, lived here’. The offices of what used to be the East India Company are around the corner. Looking for a place to eat, I chance upon a small and affordable Italian restaurant, off Curzon Street. I order the ‘fish of the day’, which turns out to be sea bass, one of my favourites. While waiting for my meal, I see a very familiar figure walking by. It’s none other than former RAW chief Amarjit Singh Dulat. Dulat’s wife, Paran, is a Kasauli girl and daughter of ICS officer Balbir Grewal. I have known Paran and her sister since my childhood.

After a brief banter in Punjabi with Dulat, as I resume my meal, the person at the table alongside asks, ‘Did I hear you say Delhi? I was the military attache in the British High Commission there for five years.’ He further reveals that he was an officer in the British Air Force, and that he is now the military attache in Qatar, where the next football World Cup is due to take place. What a small world!

In the same restaurant, at a table on the pavement, I spied another familiar figure. Just to make sure, I asked him, ‘Are you who I think you are?’ He smiled and asked in turn, ‘And who do you think I am?’

‘Saif Ali Khan,’ I countered triumphantly. This was the first time I was meeting the actor, but my next remark had him flummoxed. ‘And did you know we are related?’ I then clarified. ‘My bhua’s son, Shivi, and his wife (Rukhsana Sultana) were your in-laws’.

I’m not sure if he took all that in but I added, ‘And your mother, Sharmila Tagore, has been to our Khushwant Singh Literary Festival in Kasauli.’ Then, after apologising for having interrupted his spaghetti meal, I left a somewhat bewildered Saif, while reflecting how much can happen during a short evening walk in London.