Coming of age in Lucknow 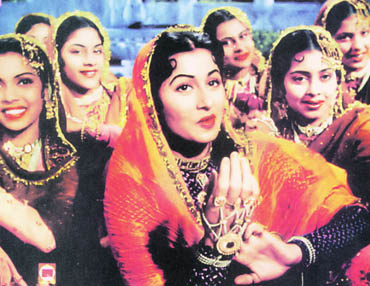 I grew up in Lucknow, a nawabi shehar: laid-back; full of tehzeeb, naaz and nakhra; exotic oriental words for which the dictionary does not have equivalent words.

A recent Net-surfing discovery of a Naushad interview took me back to the 1960s when I was in school at St Francis and later Christ Church. Church was optional but never misused. That sacred platform remained sacred. All festivals were fun. I could sing carols, and also knew functional details about all religions. The teachers were so committed that 50 years later, they are still alive for me. They were role models.

Lucknow in those years was bitten by another phenomenon — Mughal-e-Azam and its unforgettable Madhubala; its eternal songs and her incandescent beauty. Dilip Kumar, for us, was a creep (unfair, but youth are irreverent). Forever-ready-to-burst-into-tears Rajendra Kumar overran Lucknow in 1963 with the Rajendra-Sadhana epic, Mere Mehboob, for three years after Mughal-e-Azam had stormed Lucknow. Rajendra’s Anwar did not cry, only picked up books for beautiful Husna and serenaded her with Mere mehboob tujhe meri mohabbat ki qasam....We broke bounds, saw these films repeatedly and grew up dreaming impossible dreams and recall those heady days with sepia yaadein.

The film ran to packed houses for five years in Lucknow.

Hear the fascinating song; see the exquisite, almond-complexioned Madhubala, as you never saw her; an ethereal beauty reflected in a million perfectly formed mini-images in the Sheesh Mahal; see the wan loser Dilip’s chagrined smile; see Jalal-ud-Din Akbar fret and fume, his handsome face mottled with barely-controlled fury at being upstaged in his court by Anarkali, a nartaki, as she dances with svelte grace, daring the assemblage with abandon and flashing eyes as she declares her love for the crown prince.

You die a thousand deaths. We did as Lakhnavis coming of age in the magical early 1960s.