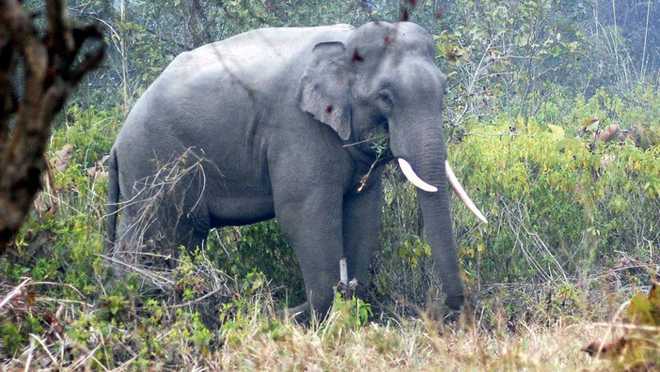 Once upon a time, hordes of street performers descended on the streets of Bengaluru to ply their craft. These included tightrope walkers, snake charmers, small-time magicians and stunt performers. Their antics kept us enthralled and entertained. We also enjoyed pony and camel rides, watching cinema slides on the roadside and going in circles on the merry-go-round — all for a steal. Even without the television, smartphone or the Internet, there never was a dull moment.

Men in the garb of tigers, lions, monkeys and other wild animals drew crowds when they performed on the streets. They pranced around menacingly and the nervous tiny tots watched the show from the safe ‘cage’ of their elders’ arms. With their painted whiskers, stripes and long tail, the tiger men sent shivers down the spine of the little ones.

The sloth bears were paraded from street to street by their handlers and forced to dance by tugging at a rope running through the bear’s muzzle. We were too young to comprehend the pain the animals underwent.

There was also something strangely mesmerising about a snake charmer, but we realised soon that it was another cheap trick. He would finally go around with a hat to collect the offerings from the crowd.

We were obsessed with elephants, which topped the charts of our favourite animals, and their arrival in town drew a packed audience. The jumbos were a hit, especially with the kids, who were in awe of their size and loved their antics. With the mahouts sitting astride them, the city folks pampered the much-revered beasts with offerings of rice and ragi balls, jaggery, sugarcane, tender bamboo shoots and other unique offerings.

The mahouts and their jumbos would camp for a week. We would plead with the family elders to accompany us to see them at the campsite. The jumbos had three horizontal lines drawn on their foreheads and trained to extract money from bystanders by their act of placing their long trunks over the latter’s head. This act gave the impression that they were blessing them. They would also salute their admirers by curving their snouts into the shape of a question mark. Their slow, measured walk with bells tinkling around their necks was a fascinating sight. Residents carted away the copious amounts of elephant droppings in jute bags and smoked and inhaled them to keep away a running nose!

These creatures are a unique attraction at the Mysore Dasehra, celebrated in Mysuru, and other temple festivals in India even today.

The 1971 Hindi film Haathi Mere Saathi featuring Rajesh Khanna and four elephants was a big hit with the children. The mere sight of these majestic giants made so much difference to our humdrum lives back then.