Enchanted by the sound of music 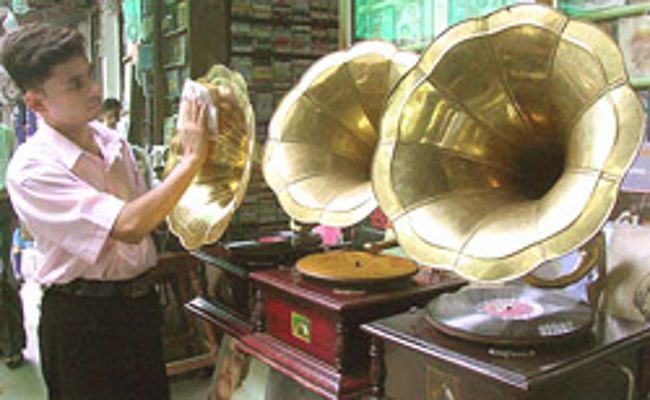 I am taking you 89 years back. After finishing his studies in London, my father sailed back to India by the end of the year 1931. After a few days on the high seas and after squeezing through the Suez Canal, his ship docked in Bombay harbour and he took a train to reach Punjab.

In spite of World War I, imperial England was a flourishing and advanced country. The Londoners were accustomed to a host of modern facilities like trains, theatre, cinema and radio. Domestic radio broadcasting was firmly established in London for providing the latest news and entertainment.

On return to our village Aujla, my father decided to buy a gramophone to satisfy his immense love for music. Radio had already arrived by then. He searched the entire Sadar Bazaar in Kapurthala and could not find a shop selling records and gramophones.

A few months later, he took a trip to Amritsar to buy a gramophone. The biggest stockist of gramophones and records in Hall Bazaar surprisingly, had not a single compact brief-case type gramophone in stock. All that the store had was a couple of bulky gramophones with huge brass speakers. That was not the requirement of my father.

The shop owner said he was expecting a big consignment and records from His Master’s Voice Company in Calcutta. But my father had made up his mind and was in a hurry to purchase one. He left the shop in a jiffy and took the next train to Lahore.

Anarkali Bazaar was the biggest and the most fashionable shopping area of Lahore. My father saw a number of compact gramophones in black and brown khaki exteriors in its music shop. Considering the fact that the villages were dusty, he picked up one in brown colour. One of the salesmen demonstrated its simple operation.

My father liked it and got it under Rs 100. He received a couple of complimentary records also. KL Saigal was a reigning superstar then. The records were in his voice.

On reaching home, my father opened it to play it for my grandmother. As soon as the sound of music was heard, a crowd gathered. Those who listened were wonder-struck to hear something totally unheard of.

The news of a talking machine reached the neighbouring villages too. There were some Muslim professional musicians called rababis in our village. Many a time, they would bring old records of great musicians from their acquaintances in Kapurthala, Sultanpur Lodhi and Jalandhar to listen.

After another five years in 1937, along with Calcutta, Bombay, New Delhi and Madras, in Lahore another station of the AIR came up. Our old gramophone, now aged 89, is still with me. It looks worn out but works nevertheless. On my part, I have decided to retire it.