First-hand experience of racism in US 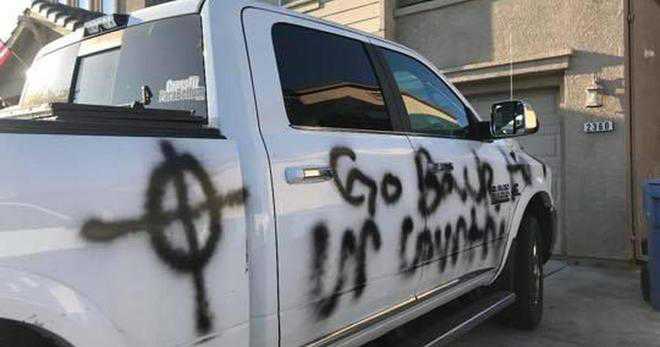 I am a Sikh born and raised in India. Twenty-one years ago, when I came to the US, I knew nothing about racism in this country. Even now, I struggle with the question, ‘What is your race?’ asked on a form or an application.

In India, I was aware of the mobs of one religion killing people of another faith, and, people of one caste discriminating against others. No such primitive and uncivilised stuff, I was told, happens in America — the world's wealthiest and most advanced nation.

I was told that equality and liberty of everyone are guaranteed by the law, by the constitution here — it was securely lodged in the scripture of this great country. Upon arrival here, however, I learned that the same laws and the same constitution, when first written, had allowed one man to own another. Black was the property of white, legally. The owner could deed his or her possession to another like the title of a car. Those who owned black people, stolen and kidnapped from Africa, included 12 American Presidents, even the one who declared, ‘All men are created equal.’

In becoming a citizen of the US, I was shocked to learn all this, but pushed it aside, thinking it is a painful past not relevant in today’s America. I learned differently on a Thursday in the May of 2011, when two white men and a girlfriend of one of them called me and two of my friends ‘niggers’ — for no reason — while we were enjoying a drink at a local establishment. When my friends went out to smoke, these three attacked them. Cops came and took us to the hospital because my friends needed stitches. The white judge gave the most violent of the trio only a six-month suspended sentence, despite a long history of violence.

But I finally realised the ugly truth after watching again and again George Floyd’s murder video. Derek Chauvin’s regally planted knee on Floyd’s neck, with his hand in the pocket, was a declaration of superiority and impunity. He knew he had allies across America.

And just when I think things are changing — the dismantling of offensive statues across America, the removal of Confederate flags, the Black Lives Matter movement, the banning of choke-holds and knee-holds — the President of the United States posts a video of one his supporters chanting ‘white power’.

For someone who worked hard to escape a culture where discrimination is woven into the fabric of life, I realise now that I expected too much, too soon from my new country. But I remain hopeful. Despite their faults, and we all have them, its founding fathers built into the system a mechanism for change — voting.

If we can keep that process free from interference, both external and domestic, we still can keep moving toward a nation of ‘liberty and justice for all’. It is true of India, too.