From mister to sir, all in a day 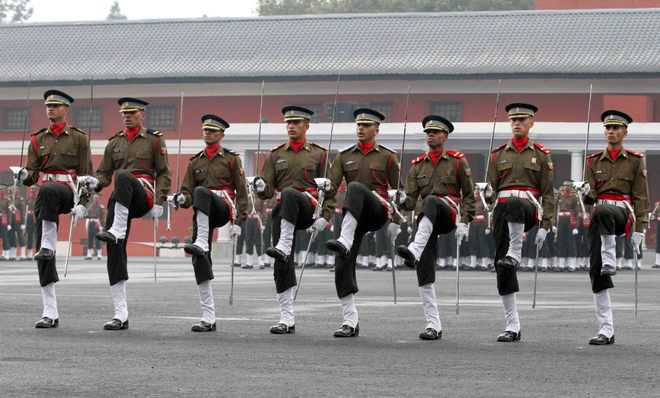 The incident dates back to April 1962, when my battalion, 1st Battalion the Maratha Light Infantry, better known by its nom de guerre ‘Jangi Paltan’, was at Poona for its peace tenure after a successful deployment on the Cease Fire Line (now LoC) in the Poonch sector of J&K.

I was the youngest officer in the battalion, sporting a one star on my shoulders, which impressed no one, and as was the Army tradition, I was addressed as Mr Vijay and not by my rank!

The battalion had quickly impressed everyone in Poona, commencing with providing succour to the civil population during the Panshet Dam disaster in July 1961 and displaying its talent in ceremonial, sports and other activities.

In December, the battalion was chosen by the Southern Army Commander, Lt Gen (later General) JN Chaudhuri to capture the Portuguese Enclave of Daman, in a stand-alone operation, which was a grand success.

In early March 1962, the battalion returned to Pune, in time to celebrate the Senio Day. It commemorated the attack across the Senio river during the Italian Campaign of World War II, wherein the battalion had shown its prowess and had won a host of medals, with Sepoy Namdeo Jadhav winning the coveted Victoria Cross (VC).

Buoyed by our victory in Daman, it was decided to celebrate Senio Day on a grand scale, including organising a ‘Search Light Tattoo’. The tattoo was held in April 1962, followed by a regimental dinner in the Officers’ Mess. The Southern Army Commander was the chief guest. The piece de résistance was an enactment of the attack across the Senio river, and the cherry on the cake, marking the end of the enactment, was the spotlight on Namdeo Jadhav, sporting the VC medal on his chest.

Although General Chaudhury had earlier regretted attending the dinner, he consented to have a drink in the mess. It was a convivial evening; the setting had class; and the balmy weather of Poona added to it. It reminded me of Victorian era parties, as described in books I had read, which perhaps triggered what happened a few minutes later. When the Army Commander decided to leave, I succumbed to Dutch courage and my thoughts about parties during the Victorian era. I went up to him boldly and said: ‘Sir, no one leaves the Jangi Paltan mess after having only one drink.’ There was a sudden hush, but General Chaudhury, appearing more amused than angry, asked me to introduce myself. I blurted out that ‘I was Sir Vijay, but in the paltan I am called Mr Vijay!’ He laughed, which lightened the tense atmosphere, and said: ‘Sir Vijay, not having just one drink is also a norm in my regiment, but since I have another appointment, and Army Commanders are never late, I must go now. But I want to commend you for your boldness. Don’t lose it!’

Since then, I was known as Sir Vijay in the paltan! The values of that era, where such indiscretions, especially by junior officers, were laughed away and condoned, sadly do not exist now.