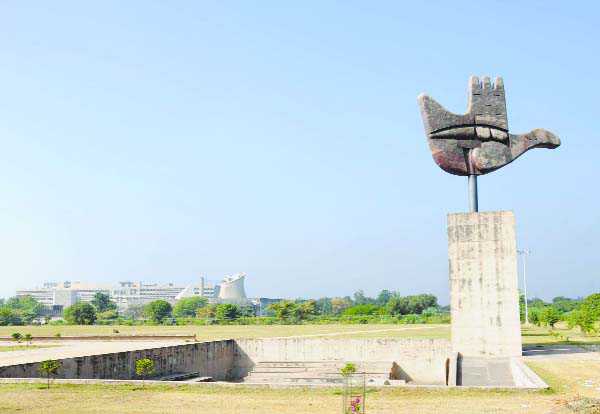 A rare invitation card reads: ‘The Governor and Council of Ministers of Punjab request the pleasure of the company of... on the occasion of the inauguration of the Capital at Chandigarh by the President of India on Wednesday, the 7th October 1953 at 4 pm’. Dr Rajendra Prasad did the honours at Rajendra Park, the area between the Secretariat and Punjab Engineering College. Surprisingly, for reasons beyond anybody’s comprehension, no agency has ever thought of celebrating the birth anniversary of this great city, and with the passage of time, we have started forgetting eminent personalities associated with it.

The execution of any project successfully requires strong will, understanding of the intricacies of assignment and a dedicated team at the execution level. On every parameter, these three essentials were intrinsic at the time of planning, designing and construction of this city. ‘City Beautiful’ was the dream vision of our first Prime Minister, Jawaharlal Nehru. Undoubtedly, the indispensable and valuable contribution of architects, engineers, bureaucrats and workers, up to the lowest rung, can’t be underestimated. Unbelievable but true, for moving malba, no dumpers or JCB machines were there. The task was undertaken very meticulously by herds of donkeys.

Over a period of time, the importance of the role of Dr Mohinder Singh Randhawa in shaping present-day Chandigarh has almost been eclipsed. Dr Randhawa, a rare blend of a scientist, bureaucrat and art lover, was the chairman of the committee to plan Chandigarh in 1955, and was instrumental in its landscaping. The fragrance in the city air is the net contribution of this great botanist. A true Punjabi, Dr Randhawa had the most successful stint as the first Chief Commissioner of Chandigarh (1966-68). His tenure was marked by his love for the Punjabi language. At times, he would refuse to entertain Punjabi visitors who tried to impress him by communicating in English!

Professional expertise coupled with his personal interest resulted in the green Chandigarh we see today — fit to be qualified as a ‘garden city’. It was only due to his initiative and personal indulgence that different varieties of flowering and foliage trees were planted, dotting Chandigarh roads. Keeping in view the ambience and utility, ‘which variety where’ was decided by Dr Randhawa. What better compliment could be bestowed to the Madhya Marg than planting of Simbal trees! Plantation of ornamental and medicinal trees like Gulmohar, Amaltas, Kachnar, etc., augmented the aesthetic value of the roads.

On the city’s birth anniversary, there can’t be a more meaningful tribute than what the great cricketer, Kapil Dev, said during a walkathon at the Lake Club: ‘I was born, educated, played and groomed in Chandigarh. I have travelled the world several times. Due to domestic circumstances, my family had to settle in Delhi. Believe it, in the entire world, the best city to live in is only one — and that is Chandigarh!’