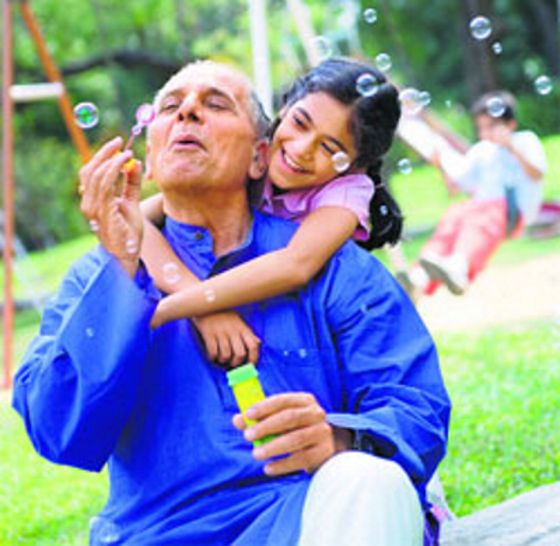 We might be born and raised in different countries, but the bonds that we forge as human beings are universal. Being a frequent visitor to the US, I had developed friendly relations with an American child. For the first two years, it was difficult for me to even know her name. When our bond started to develop, she told me her name was Sugandha. Since she had little knowledge of Hindi, probably she did not even know what this word meant. Only later did I tell her that it meant ‘fragrance’.

Her fair complexion and western looks endeared her to me. During our conversations, she told me about her friend’s names, books she loved to read and the movies she had seen. She also told me that she had been to

New York and the Great Smoky Mountains. I was impressed when she showed me the picture of

a black baby bear she had encountered while travelling with her parents in a car whom she had accompanied last summer to this tourist place. When I made a research on this famous tourist attraction, I also put this destination on my wish list. How I longed to visit this place with my America-born friend.

With the onset of the pandemic and the Covid-19 restrictions, my plans to visit the US got shelved. Now, I talk to Sugandha on

FaceTime. I tell her a few things about India. Since she has never been to this country, I tell her about the different food habits, things to do and places to visit. She has even started greeting me in Hindi and Punjabi occasionally. Her accent is American but the heart looks to be Indian.

As there was no end to the pandemic, I was feeling lonely. I called her and focused the camera on the food being relished at home. I put the focus on a mango bar ice-cream. She had never tasted an Indian ice-cream but told me the difference between a cone and a Popsicle which I did not know, making the exchange fruitful.

We chatted for almost an hour and I did not know what was going on in her innocent mind. Her answer surprised not only me but also her parents and my better half. In her typical intonation, she said, “I wish I was born in India. I could have played with you and gorged on these. I could have also taken a scooter ride while standing in front.”

It put me in a reflective mood. I was surprised that grandchildren who are born in a foreign land still have love for the Indian culture. There is something inside that keeps the yearning alive. These things were never told to Sugandha by her software engineer parents who are still in line to get the green card for the past 10 years, while the kids have a US passport.