Incongruity of the British monarchy : The Tribune India

Incongruity of the British monarchy 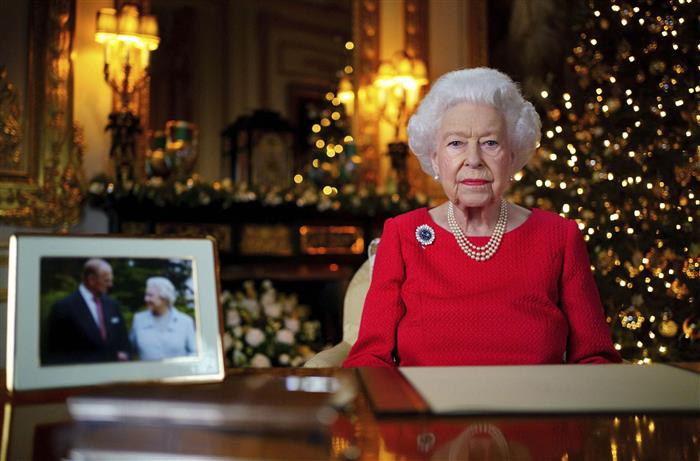 AFTER a long scorching summer followed by torrential rain and thunderstorms, the morning after Queen Elizabeth’s demise was as wet as it was in September long ago as I trudged from Hyde Park to Buckingham Palace. - PTI file photo

AFTER a long scorching summer followed by torrential rain and thunderstorms, the morning after Queen Elizabeth’s demise was as wet as it was in September long ago as I trudged from Hyde Park to Buckingham Palace. There were few people on the road that morning, unlike the crowds that trampled dead wet leaves as they came from across the country to lay bouquets of purple salvia, crimson geraniums and variegated shrubs at the wrought-iron gates with the Union Jack flapping at half-mast.

On this morning, the dark pathways of Green Park winding their way to the palace gates become a grim reminder of a sense of emptiness and displacement in the generations that lived in the former British Empire. Though we who were born in the early post-Independence years grew up with the lure of the British monarchy, time has come to revisit the institution. It is a moment to take a pause and see what good is the monarchy in our modern times and whether it is an anachronism.

Renewed criticism of the institution has come from erstwhile residents of British colonies who find it absurd to honour the imperial power that had entered their land uninvited only to initiate years of tragedy and brutal suppression. Hilarious memes on Charles have appeared, especially the one where he says, “My dentist told me I need a crown.” And his reply is, “I was like, ‘I know, right?’” What a farce really; after 73 years of not doing anything, he’s now to spend the rest of his life wearing a crown and still doing nothing. Wake up Blighty, you’re going down the demise drain!

The British are very touchy on this subject. Activist Symon Hill was detained in Oxford after screaming, “Who elected him?” during a ceremony honouring King Charles III. Kenyan Professor at Cornell, Mukoma Wa Ngugi, son of famous novelist Ngugi wa Thiong’o, passionately feels that the post-Elizabethan period must see the immediate ‘dismantling’ of the Commonwealth with full acknowledgment of inhuman colonial abuses.

Nevertheless, many still agree with historian Simon Schama that the job of monarchy is “to provide a kind of space and style, a kind of mystique, a kind of secular religion, if you like, in which people can feel some sort of kinship with each other.”

However, more and more people are now becoming conscious that the annual Sovereign Grant of £86 million is paid by the British taxpayer to the royal family. The lure of the royalty is slowly fading, visible in the sense of controlled grief of the British people for whom, though the Queen had gained the symbolic significance of a guardian, time has arrived to shut down an institution whose opulence is an incongruity amid the economic crisis that Britain faces.