Intrigues of the Crown 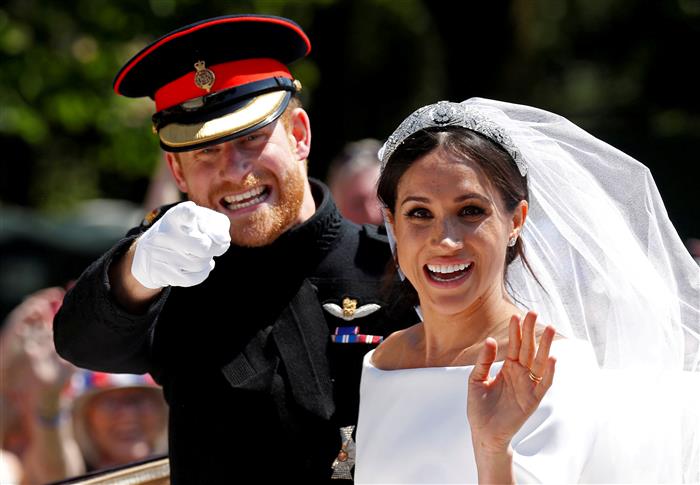 My first taste of the British monarchy was licking stamps of Queen Elizabeth II for my collection. Most were profiles of rather a staid, plain-looking woman, wearing a dazzling, bejewelled crown. Little did I know that the biggest of them all, Koh-i-Noor, came from India.

I found stamps of other monarchs far more fascinating, the all-time favourite being King Haile Selassie of Ethiopia with his pet lion by the side. Stamps of our own national heroes and saints or commemorative ones depicting the charkha or the Bhakra Dam were not quite the stuff to stir the heart of a school lad.

Around that time, the cover of a book my father would be engrossed in reading, had the picture of a king along with a dowdy-looking woman. It was The Heart Has its Reasons — the story of abdication by Edward VIII of the UK for his love Wallis Simpson, an American divorcee.

Thanks to the Netflix historic drama The Crown, many of the best-kept secrets of the Buckingham Palace are tumbling out, bringing back early memories. Our generation grew up in awe of legends like Sir Winston Churchill and his war-time leadership. It’s enthralling to see the young Elizabeth rapping him on the knuckles for his office to have lied about the PM’s poor health. ‘There are two elements of the constitution: The efficient and the dignified... The efficient has the power to make and execute policy... The dignified gives significance and legitimacy to the efficient and is answerable only to God'. It would be well for our present rulers of democracies to never forget these words.

But politicians will be politicians. Even a grandee like Churchill evaded responsibility for the Great London Smog of 1952, the ‘pea souper’ in which nearly 12,000 died, by brushing it aside as ‘weather is weather’ and calling it an ‘act of God’.

In British monarchy, real life blurs with reel life. When Margaret Thatcher, the Tory PM, became unpopular, she was called by the Queen for admonishment. The ‘Iron Lady’, however, true to her character, quoted from Scottish poet Charles Mackay, ‘You have no enemies, you say?/Alas, my friend, the boast is poor/Small is the work that you have done/You’ve never turned the wrong to right/You’ve been a coward in the fight.’

But the plain foot-in-the mouth gaffes of Philips, the Duke of Edinburgh, who died recently, kept the tabloid industry in full flow. And that seems to run in the family. His son, Charles, lambasted the modernist architecture of London as ‘monstrous carbuncle on the face of a much-loved and elegant friend’.

Notwithstanding controversies, the monarchy remains popular. Even if Prince Harry, the Duke of Sussex, recently said his life was ‘a mix between The Truman Show and being in a zoo’, the show will go on.