Kairon, the unhailed hero of Punjab 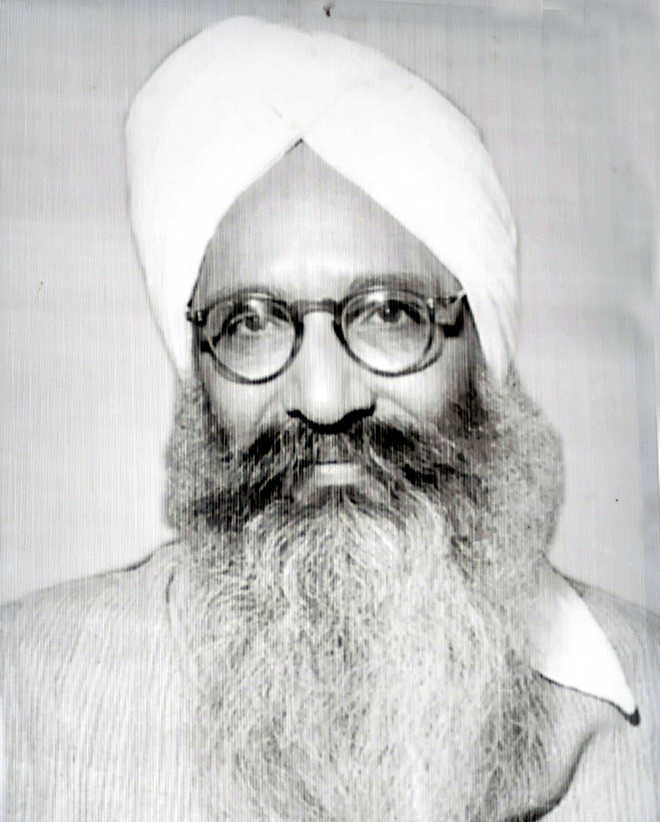 On October 1, a man would have turned 120 and it makes me walk down memory lane. I came to Chandigarh from Kolkata in 1960 and the person instrumental for this move was Sardar Partap Singh Kairon, the then Chief Minister of Punjab. I came to meet him in Chandigarh and at the appointed time entered his office. Three bearded men were sitting on one side of the table. I did not recognise him until one of them said, ‘Dassoji,’ and pointed to a chair in front of me.

I knew this was him and I requested for sanction of electricity in Faridabad for setting up a factory. He said he would give power connection anywhere in Punjab but why not consider Chandigarh as it was a new and fast developing city. I told him that I would consult my German collaborators and would revert soon.

After getting approval from our German partners, I got an appointment with him. He was happy to know of the decision. He assigned an officer to visit the industrial area. Returning from there, I reported to him that I needed a 6-acre plot, but only 2-acre plots were available, and to join them, I would need the chief architect’s permission. He resolved all those hitches and I got the plot at a reasonable rate and that too payable in easy instalments. What more could have I wanted?

Kairon was affectionate and I had the carte blanche to meet him at any time. In 1963, I got his approval and support for another factory near Rai. This factory was a public limited company. I requested for Rs 5 lakh from the Punjab government for preference shares. Kairon did not take a minute to agree.

Kairon was educated at Berkeley University, California, and the Michigan University in Ann Arbor. He was singularly responsible for the creation of the PGIMER in 1962. He got the approval of the Prime Minister, had Parliament pass an Act to establish this institution. He was not parochial, and for the PGI, he invited doctors and surgeons from all over India. He brought the Indo-Swiss Training Centre to Chandigarh and also started three universities — Kurukshetra, Punjabi and Punjab Agricultural. He was accused of corruption, but I never paid a penny to him. He was charged with bestowing financial favours and had to resign from his post and quit politics.

The irony of fate is that I was the one to first spot his car near Rai and found him assassinated. I was shocked to see people shouting that the ‘Chief Minister has been shot just 20 minutes back.’ They still considered him the CM. I was reporting Kairon’s murder to the Rai police station.

I was a witness to the tragic and unfortunate end of a most dynamic, and yet unsung hero of Punjab.