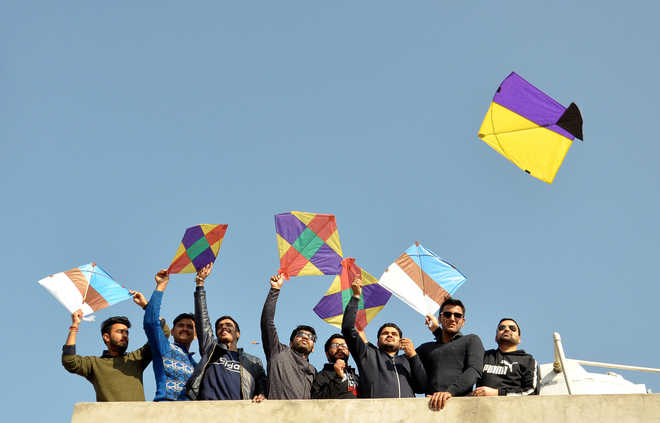 Spiralling galaxies of vultures have disappeared from the winter blue city skies, but kites, the paper-and-bamboo favourite of the boys, have more than replaced them. Obviously, a kite is made not to fly, but to be flown, tied to a strong cotton string coated with glass dust. (‘Majha stations’ skilfully coating cotton cord with glass dust can still be seen along unfrequented roads.) The ground end of the kite is manoeuvred by a skilled flyer, usually a boy of 15, but it may also be launched by an adept septuagenarian.

Indian kites come in a motley of colours and sizes, but their architecture is essentially the same — a stiff bamboo stick glued to the vertical diagonal of a square sheet of reinforced rice paper. A slightly longer and thinner stick, bent across the other ends and fixed, completes the toy. The strength of the main beam and flexibility of the thin arc determine the wind speed in which the kite can navigate easily. In the days of yore, boys used to try their hand at making their own toy using leftovers of other kites as skeleton, but running after a floating or drifting kite and running after and competing with other boys to claim the trophy still has its own charm, though it is a sad sight to see an unclaimed trophy stuck on a tree or landing on a busy pavement, if not in a holy pool.

Flying a kite in India is just a winter fad, with no particular objective except to ‘bow’ or cut the nearest neighbour’s, and if successful, to shout a long-drawn cry over a high decibel DJ. Each party aims to swoop and load the other’s line, and then keep the point of intersection of the two as far out as possible by paying out more and more cord, till one of them is bo(w)ed.

Elsewhere, kites are designed to compete for heights or to lift adventurous divers, but in Punjab, the only change, after the Partition, has been that the cotton cord has been replaced by the infamous plastic string which can withstand even jumbo kites in windy weather without breaking, if you don’t mind wounding your fingers. It just won’t break. However, if both fliers have the Chinese variety, the matter is decided by some chance shearing rather than friction. The length of cord left behind is not retrieved and it finds its way on electricity poles or trees, if not haphazardly discarded on passageways, where it gets wound up on two-wheeler axles or knocks down unwary pedestrians or bikers.

No doubt kite making is now a multimillion rupee industry, but the amount of paper and plastic splurged on this traditional fad only adds to the load on our environment, where the conspicuous instances are the kite capitals of Punjab, Amritsar and Ludhiana. Crass stagnation in this favourite pastime beckons new generation fliers to search and look for innovations and make it more purposive. 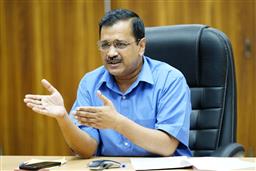