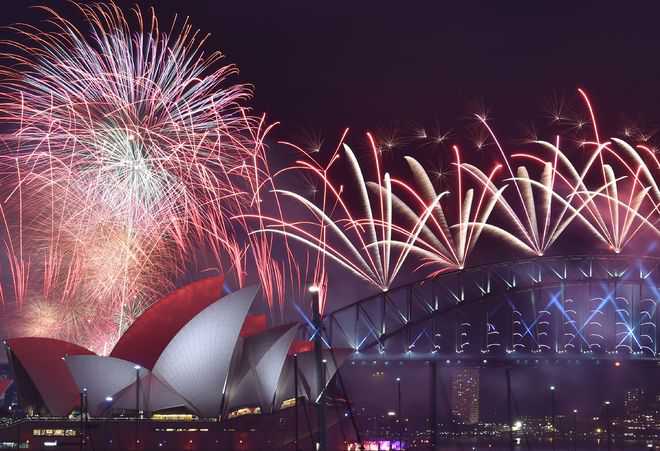 The denizens of towns, cities and conurbations look upon New Year’s Day as one of celebration and a kind of extravaganza. Their resolutions and wishes are restricted to the first day of the New Year. After that, life treads on the usual course. However, a minuscule, conscientious section of society does exist that swears by and sticks to its resolutions, if they make any, religiously and doggedly.

During the last days of December, a wild thought entered my mind: of making a foray into my village of provenance to find out how village folks welcome the New Year of the Gregorian calendar. My first subject in the village was Jyotishi Vidyadhar, who earned his living from astrology.

“Our New Year commences from the first Navratra in the Chaitra month of Vikrami Samvat. This New Year, blindly copied from the West, is erroneous. It neither heralds a financial year nor a new season,” he stated.

I moved ahead and met a young farmer who was supervising his recently sown wheat field where tender sprouts were coming up. “Any New Year resolutions,” I asked. “Yes, a landmark one. I have resolved not to use chemical fertilisers from the coming season,” he declared with a glint in his eyes. “Will the yield match with that of chemically fertilised crops?” I enquired. “Certainly not, but I intend to make up the loss by bee-keeping,” he explained. “Great,” I said and moved on.

I met Doli, my old classmate’s unmarried daughter, a teacher in a government school. I asked her about New Year resolution. “I had resolved many years ago not to marry. I wanted to take care of my ailing father and my mentally challenged sister whom my elder brother had abandoned. The village knows it,” she said nonchalantly. Indeed, hers was such a great resolution, difficult for anyone to emulate.

As I was moving ahead, I saw 10-year-old Loku coming my way. I stopped him and enquired about New Year’s day, expecting nothing from an innocent child of his age. But what he said provided me with the tallest of resolutions. He said his grandfather had asked him not to cry when he died. I knew his Dadu personally. I was told that he was seriously ill, bed-ridden and was unable to walk. “Would you do that, Loku?” I asked with pity. “I shall do that uncle. Instead, I shall only smile on New Year’s day and after, because I love my Dadu very much,” the child said with a serene face.

He taught me how to face the unpredictable upheavals of life with equanimity and with a smile. In my opinion, the first day of January should be declared as ‘All Smiles Day’.