Let language be no barrier : The Tribune India

Let language be no barrier 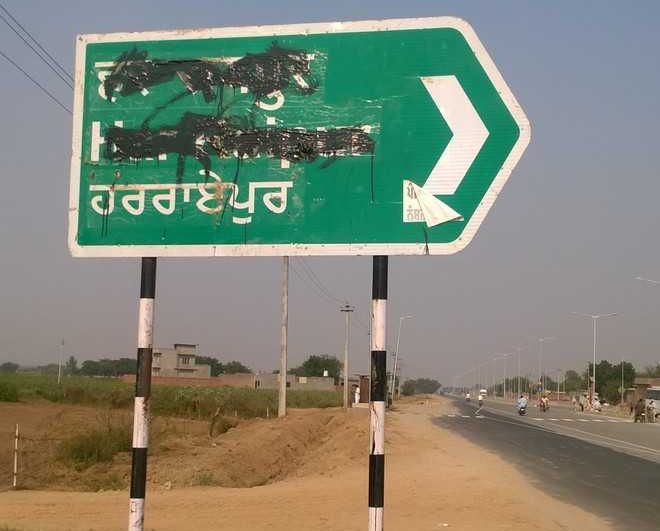 I once arrived late in the evening at the guest house of the University of Madras. I wanted something to eat, but the Tamil cook on duty did not know a word of Hindi or English. My gestures and some silly miming went in vain, and finally, I had to go out for a meal.

A few years later, I found myself in Thiruvananthapuram, where I had to stay for four nights. One evening, when I had time, I decided to go and watch a Malayalam movie. But I could not find a single film poster with English titles. My efforts to get some information from my autorickshaw driver were equally futile as he did not understand English and I didn’t know Malayalam.

Communities are induced to accept this kind of linguistic insularity in the name of national or cultural pride. Left to themselves, they might probably find themselves using a mix of languages that would allow them to interact and do business with people from other cultures. But official language policies most often restrict them to their own language. We discovered this recently on our visit to Vietnam, which is slowly opening up to foreign tourists. Our tour planner had especially asked for an English-speaking guide, as he knew that Vietnamese in general had knowledge of no other language except their native tongue. We found that we could not communicate with the receptionists, porters, housekeepers and waiters without the help of our guide.

The most frustrating time was in the evenings when we tried to look for native food. The menu cards were all in Vietnamese. We ended up eating at a restaurant of a popular American fast food chain on the first night. On the second day, we asked our guide to give us the local names for noodle-based dishes. He mentioned a generic term for noodles and the local words for chicken, beef, pork and egg. That evening, we confidently ordered chicken noodles, but to our surprise the dish looked nothing like what we had eaten back home. It was a big bowl of soup with long white strips of boiled noodles with shredded chicken. We left the dishes half-eaten. Back in the hotel, where we had wi-fi, I discovered that Vietnamese cuisine had 12 kinds of noodles.

When I told this to our guide, he felt sorry and assured us that soon things would improve as local people were waking up to the need for an international language.

Recently, when the Punjab government reiterated that all signboards should feature the mother tongue, I was reminded of how some chauvinists in the past had painted black all signs in other languages. Punjab is an important tourist destination; let language be no barrier to its visitors.