Let them bloom where they belong 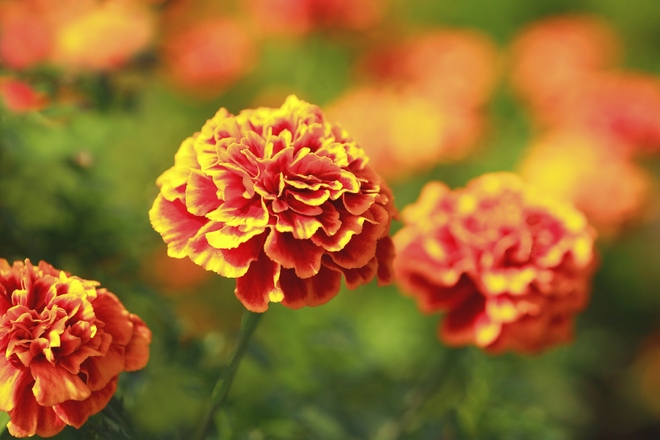 I just saw a tweet from somebody who is fed up with the theft of flowers grown by him in pots, by strangers for use as offerings in rituals. I fully empathise with him. I have often got on the wrong side of people while forbidding them to ‘steal’ flowers from public places and our flowerbeds along the boundary wall of my home.

My house faces a park. There are many yellow ‘kaner’ (oleander) trees that keep blooming almost throughout the year. Every morning, I keep seeing a few men and women plucking the flowers. I can’t help walking up to them and confronting them. On questioning them, I get the reply, ‘Puja ke liye.’ I confront them by asking, ‘Why can’t you pick up fresh flowers that have already fallen on the ground? Why to pluck those that have just bloomed?’

They get annoyed as if I have committed a serious offence. ‘How can you say that? How can the fallen flowers be offered to the deities?’ they retort. But those on the trees are also grown by the will of the same Almighty, I argue. Did not the poet Cecil Francis Alexander write, ‘Each little flower that opens, each little bird that sings; He made their glowing colours, He made their tiny wings’? But to no avail. They carry on plucking flowers, without any sense of guilt or remorse, till their small polythene bag is full.

I persist, ‘Will God be happy to receive these chori ke phool?’ They have no answer. Some of them argue that it is a public place and the trees do not belong to ‘me’. I point to a board displaying, ‘Do not pluck flowers’ written in English as well as in Punjabi. They just give an indifferent look and move on. My advice to them, grow your own flowers and then pluck. I watch helplessly.

It is often embarrassing to see people known to you getting caught plucking flowers from your flowerbeds. But I can’t help walking up to them and saying, ‘Flowers look best on plants.’ They carry on with a silly smile.

Having a rudimentary knowledge of the scriptures, I even quote from the Gita to say that a devotee can offer God fruit, flower, even a leaf or water, but with devotion, meaning thereby that He is not pleased by materialistic things. What matters is devotion. Buddha said, ‘When you like a flower, you just pluck it. But when you love a flower, you water it daily.’

My sincere request to ‘flower thieves’: please have mercy on the flowers that are nature’s beautiful creations. Don’t try to please Him by destroying His creation. Will someone listen?