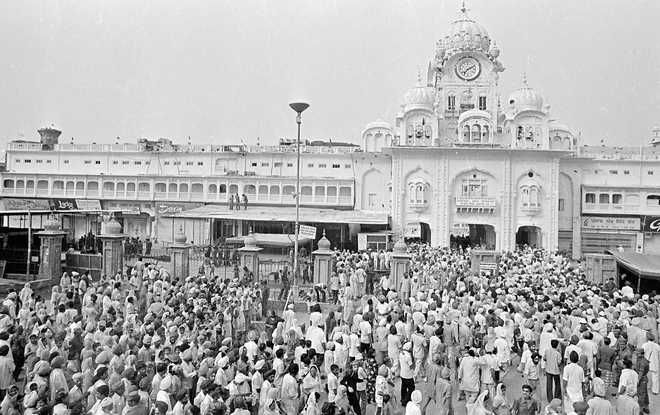 Tremors of Operation Blue Star, the Army action executed on the orders of PM Indira Gandhi in June 1984, continue to torment the Sikh community and the national conscience. The operation was supposedly ordered to flush out alleged secessionists and outlaws who had taken shelter in Harmandir Sahib, the holiest shrine of the Sikhs. The operation was a historic mistake, regardless of the reason. Its benefits proved to be much costlier than the anticipated cost of its avoidance. Many believe it to be an act of greater recklessness on the part of Indira Gandhi than even the declaration of the Emergency in 1975, since it fractured fraternity, alienated the Sikh community from the establishment, and created a deep divide between Hindus and Sikhs. In any case, certain things are beyond the realm of cost-benefit considerations. The operation ought not to have been allowed. Sikhs alone do not prescribe to this viewpoint. Several prominent Hindu leaders are also of the same opinion.

A year after the operation, I had got selected in the IAS and was allocated the Tamil Nadu cadre. There, I had the opportunity to visit Kanchi Kamakoti Muth, which enjoys the highest veneration among the Hindus as it was founded in 482 BC by Adi Shankaracharya, who lived here for long. Spotting a turbaned

Sikh, the head of the muth, Jagadguru Shri Chandrasekharendra Saraswati, one of the most influential spiritual leaders of his time, called me aside and enquired about the situation in Punjab. In a poignant tone, he told me that Blue Star should have never taken place and how pained he was over the killing of Sikhs in the operation.

He also told me that since they could not get a proper cremation with the usual religious rites, he had asked moksha deepam to be lit in temples for each of the dead. Moksha deepam, in the Hindu faith, is lit for the mukti of a departed soul. More than 3,000 moksha deepam were lit for the estimated dead. He had also asked me to offer prayers at Harmandir Sahib for the departed souls.

Sikhs may forgive but find it difficult to forget Operation Blue Star. It is our moral duty and national imperative to prevent such human disasters in the future. Learning from the past is the best way of prevention. Ardas in Sikhism institutionalises collective community memorisation of Sikh history and maintaining effective remembrance of those who endured sufferings for the sake of the faith. Let the operation be part of the Sikh ardas and let us all pray that no one suffers such violence and agony ever again.