Looking down the new road : The Tribune India

Looking down the new road 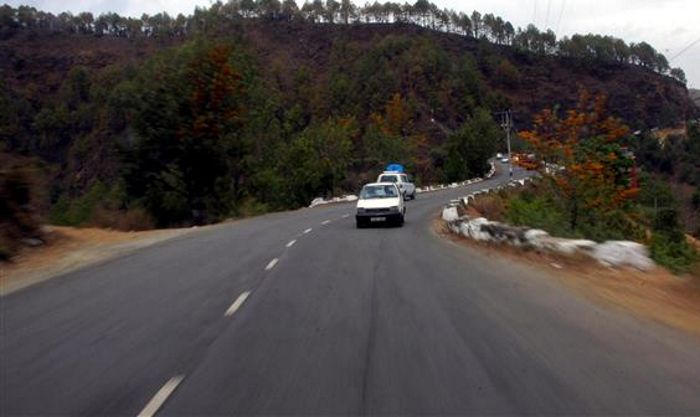 There is an oft-repeated piece of wisdom, ‘When you smell mud, expect rain and when you smell tar, expect elections.’ This little anecdote takes a swing at tar, mud and more.

Decades back, Himachal Pradesh had still not taken its present geographical shape as a state and there were disconnected patches of territory within its present-day boundaries. Potatoes, apples and a horticultural boom were on the threshold of transforming the state’s hand-to-mouth agricultural economy into one of the most prosperous states.

At the time, Shimla was a part of Punjab and had not been transferred to Himachal. One day, the powers that were in newly formed Himachal had a falling-out with the powers that were of Punjab. The upshot was that the powers of Punjab decided to impose octroi on all lorries carrying produce and other goods that, perforce, had to pass through Shimla on their way to the plains, or even to the railway goods station in town.

This slight did not go down well with the powers of the hills and they decided to do something about this. After a bout of deliberation, it was decided to build a new road that would bypass Shimla. On as much of a war-footing as the fledgling state could manage, from the Dhalli end of the Sanjauli-Dhalli tunnel that dates back to the mid-19th century and marked the end of Punjab territory, digging began along the hill. This new highway would end at Shoghi that was well out of Shimla’s municipal limits. Along a picturesque landscape covered with open grasslands, a scattering of pines and groves of oak and flowering rhododendrons, the track slowly started snaking through. The little villages along it looked forward to greater connectivity and prosperity, which, despite their proximity to cosmopolitan Shimla, had long eluded them. Milkmen still carried heavy metal cans and walked most of the way to Shimla at the crack of dawn to reach customers by breakfast; the same was the case of those who brought the limited produce from their fields to sell in the hope of eliminating the middleman’s profit.

Over several months, pickaxes and crowbars wrenched at the hillside and were assisted by the occasional blast of dynamite. Then, the day arrived when the smell of mud merged with the smell of fresh tar and the powers that were in Himachal set out to inaugurate this highway — and the first substantial one to be built after the realigning of the Hindustan Tibet Road after the 1962 War. The fanfare had barely died down when the news arrived that the powers that were in Punjab had taken exception to this new highway, and overnight, had abolished the octroi and the need for the new road.