Masterji’s slap a lesson in punctuality 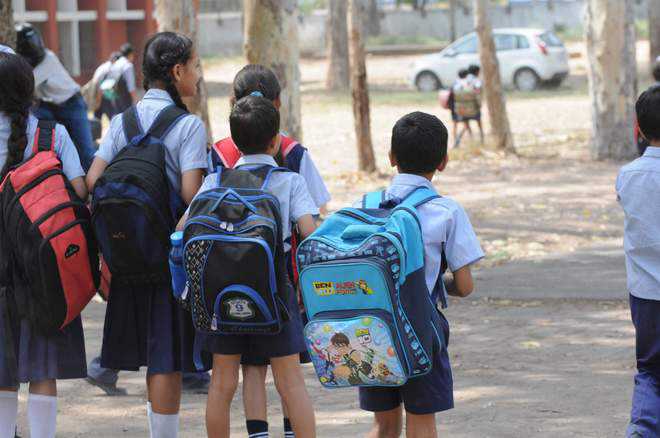 Ram Bhagat Sharma, a newly transferred headmaster hailing from a nearby village, took charge of the Government School at Sanghan village in Kaithal district in 2003. He shared a close bond with my grandfather and a former two-time sarpanch, Pt Mattu Ram Sharma, whom he used to respectfully address as Chacha Matra. As sarpanch, my grandfather was responsible for the uplift of the school from middle to high. Ram Bhagat urged him to admit me in his school. A new uniform called pehrani and a jhola was stitched. Thus, I entered the pious building of knowledge, and discovered a disciplinarian in my headmaster, who not only wielded exceptional influence among his staff members but was also known for the strict implementation of rules and regulations regarding students.

It was winter. I was in class IX. We students would usually come home during recess period for lunch. One day, I came home for lunch, but got late. I found the headmaster standing at the school gate to question the latecomers, as they posed a hurdle to resume post-lunch studies. At his inquisition, I swayed him with the excuse that my grandpa involved me in some household work. He left me unpunished, and with strict advice to never repeat it. My classmates were envious of me, because it was a seemingly impossible act to come out unhurt from the headmaster’s gruelling session! But as ill luck would have it, the headmaster happened to see my grandpa during his usual sojourn to our village, while leaving for his own, and told him about the incident. My grandfather glowered at me, but said nothing.

After some days, I again came home and found the lunch yet not ready. My mother, unaware of the strictness of the headmaster, asked me to patiently wait. The fare of bajra ki roti with dollops of freshly churned butter and sarson ka saag, along with a glass of lassi, was too tempting to let go. My trepidation came true when I again spotted the headmaster under the arch of the school gate. This time, he held me by the scruff of my neck and enquired why I was late! I tried a threadbare excuse, but failed, as this man of uncommon disposition remained unconvinced. He slapped me with a heavy hand and allowed me to rejoin the class, again with a soft touch of advice.

The dream of my classmates was realised, and my illusion of being a 'special' student was shattered. When the bell for the day rang, seeing no one around me, I wept bitterly to lighten my heavy heart and went home with a resolve of never getting late. I have since been punctual. It is a legacy of my headmaster’s slap. Such deep-rooted was the fear of Mr Ram Bhagat that I, in all my life, have never been late anywhere. Equally great was his inculcation of life values. I only feel gratitude for him.