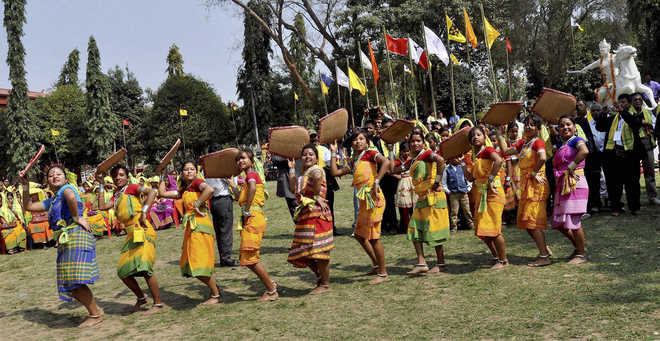 The lights, after having been switched off for a minute, had been turned on again. The hall in the Vimco Match Factory Club echoed with thunderous clapping. We greeted one another by shaking hands and chanting ‘Happy New Year’. All members of the club at Dhubri, a small town in lower Assam, had ushered in the year 1965 with aplomb.

There were some 20 families, including officers of the match factory, managers and assistant managers of tea gardens and officers of an English company which plied steamers in the Brahmaputra river to transport tea. It was a mixed gathering of foreigners, Anglo-Indians, Bengalis, Assamese and Punjabis. All had turned up in fancy dresses, as per the instructions of the party organisers. An Australian couple dressed up as Punjabis was adjudged first in the fancy dress competition. Rex sported a beard and a green turban, while his wife Amy looked like a Punjabi bride in a red dress. The duo greeted everybody with folded hands and a loud ‘Sat Sri Akal’, much to the amazement of all present. After receiving their prize amidst applause, Rex and Amy invited us all for the New Year lunch at their place.

The large convoy of vehicles led by their jeep meandered through a thick forest. After having driven for nearly two hours on a bumpy kutcha road, we reached a cluster of thatched huts. We were greeted by children attired in tribal dresses; they had small bouquets for each one of us. We then were led to chairs arranged in circles around tables laden with eatables. I, along with my parents and brother, occupied the seats. Dad told us in hushed tones that the goodies laid on the tables, including the colas and ice cream, had come all the way from Australia for the ‘mission’.

After the feast, we were taken to a large building made of mud and bamboo. It was a school-cum-church. The walls were inscribed with lines from the Bible. A nearby shed served as a dispensary where medicines were provided to the needy free of cost.

Later, students from the school presented a cultural programme. Thanking us for our visit, a tribal woman delivered an address in English. She expressed gratitude to the missionary couple which had come to stay among the children of a lesser God.

The controversy over the cancellation of licences of many NGOs and missions under the Foreign Contribution Regulation Act in recent years revived old memories. The faces of Rex and Amy are still vivid in my mind. I am scrutinising them to figure out whether they were religious fanatics out to woo poor tribal people to adopt Christianity or noble souls who worked earnestly for the uplift of the downtrodden.