Military tales that run in the family 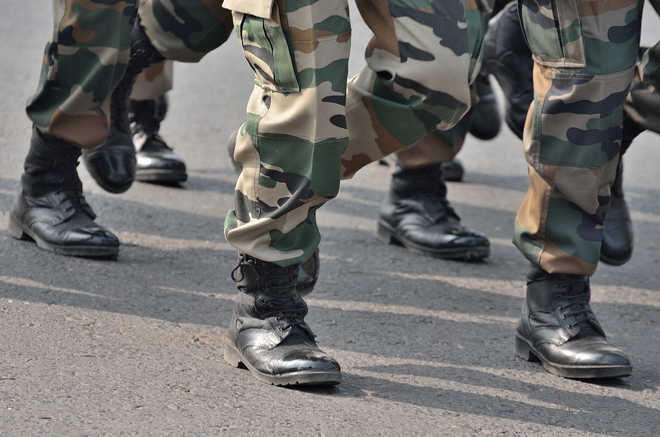 My maternal grandfather, Lt M Dharmalingam, who served in the Madras Sappers, had an array of military stories in his repertoire. He fought in World War II not only in the lush, tropical jungles of Burma, but also in the searing sands of the Middle East. The war came at a terrible cost, with millions of casualties on both sides.

Grandfather was engaged in war duty in places as distant as Rangoon, Peshawar and Cairo. Away from home for interminable periods, his family had no clue about his whereabouts. With strict protocols in place, the regiment never disclosed the fate of the men until the war ended.

The North African Campaign beckoned him. Two battleships sailed out from the Madras port towards the Suez Canal. A bomber belonging to the Axis forces swept overhead and sank one battleship. On hearing the news, the alarmed relatives flocked to the Records Office of the Madras Regiment in Bengaluru, seeking details of the dead. But they returned empty-handed, given the strict disclosure norms in place. Grandfather’s fate remained unknown too, but he got to Cairo in one piece. During a fierce hand-to-hand combat, a captured Axis soldier had his head severed, the grisly trophy kicked around before adorning a pole in the middle of a street circle.

A hero’s welcome greeted the soldiers after their return home following the war. Regimental bands played ceremonial music, and eager friends and relatives thronged the railway station to garland them. There were scenes of jubilation, but one saw distraught faces too — reason: missing kin killed in battle or taken Prisoner of War (PoW). Thousands of Indian soldiers, taken PoW during the war and held in various parts of the world, arrived back home later and were presented letters of commendation by the government.

Grandfather and his family moved into the spacious regimental accommodation in Jalahalli, after his transfer to Bengaluru — close to the tent camps housing Italian PoWs. A Subedar Major pressed the prisoners into levelling pathways, digging trenches, building barracks, laying bridges, tracks, roads and airfields, and even for extricating venomous reptiles. Besides, they tended to the kitchen, garden, pigs and sheep. The football matches at the Garrison Ground, where Italian prisoners clad in boots locked horns against barefoot locals, attracted a full house. The authorities repatriated them after the hostilities ceased.

War-weary, grandpa put in his papers at age 45, but he was called back to aid the Army in quelling disturbances that broke out post-Independence. He served out the emergency period of a year before calling it a day.

A paternal uncle, Major Sampangi Raju, who also fought in WWII, took pride in showing off ‘marks of war’ on his body. Once, when he and a fellow soldier were riding atop an armoured tank with its hatch open, they came under heavy enemy fire. He dived head first into the mouth of the container. He escaped with a bullet in the calf muscle. His mate jumped in leg first and was shot in the head.

For us, these military stories are priceless.