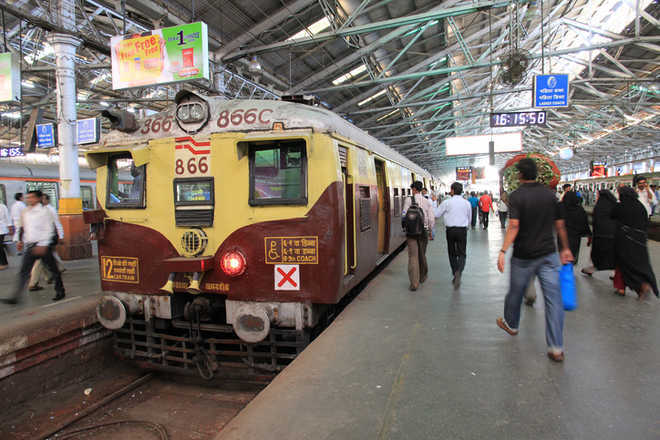 With Mumbai’s local trains having resumed service recently, a friend forwarded me an image of a young man bowing in front of a local train in obeisance. This triggered a flood of memories from my time in Mumbai, which I had to leave last year in March.

On many levels, I connected well with the young man paying his respects to Mumbai’s local trains. As a student, I was always on a shoestring budget and trains were the best way not just to see the most prominent spots of the city, but also soak in the city’s culture in its most unadulterated form.

Returning in a local train from an inter-college debate competition, I once came across a man who was on his way home after a farewell party to mark 35 years of his service at a bank. Portable radio in hand, he crooned along to some tunes by Rafi, Talat Mahmood and Kishore Kumar. When some bystanders understood why, they all joined in. What followed was an impromptu concert that brought a smile to the retired man’s face.

Another time, I was on my way back from the Kala Ghoda Arts Festival with some friends when a fellow passenger overheard our plans to visit a theatre to watch a play and invited us to a well-known auditorium in Bandra. ‘Just ask for me,’ he said, leaving us wondering who he was. With great trepidation we reached the auditorium and were shocked to see our fellow passenger was the director of a local rendition of the famous play Taj Mahal Ka Tender. Having heard of our budget constraints, he had arranged the best seats in the house for us — free of cost!

As students of business, we were often required to burn the midnight oil working on assignments. On many such occasions, when hunger attacked us at odd hours, we would end up at local train stations to catch a bite that did not hurt our wallets. More importantly, however, were the actual operations of business that we got to see in local trains that added to our education with real-life examples — the flower seller from Dadar bargaining with a hawker to give her a better price for her flowers; a vada pav seller recalling how much change everyone in the train was owed; and the rare business deal that unexpectedly turned co-passengers into business partners.

When I first arrived in Mumbai, the trains and the crowds looked intimidating. But once I had travelled on these trains alone, guided by a few friends on the phone, I lost all fear and often travelled long distance to areas where the magnificent Art Deco buildings, historic Irani cafes, and roadside book sellers made me feel as much at home as in Chandigarh. Mumbai’s trains are often said to be the city’s lifeline. But in the time that I spent in that city, I realised that these trains breathe life into countless stories daily — some filled with warmth, others that fill stomachs!