Not just a pen, but a blessing 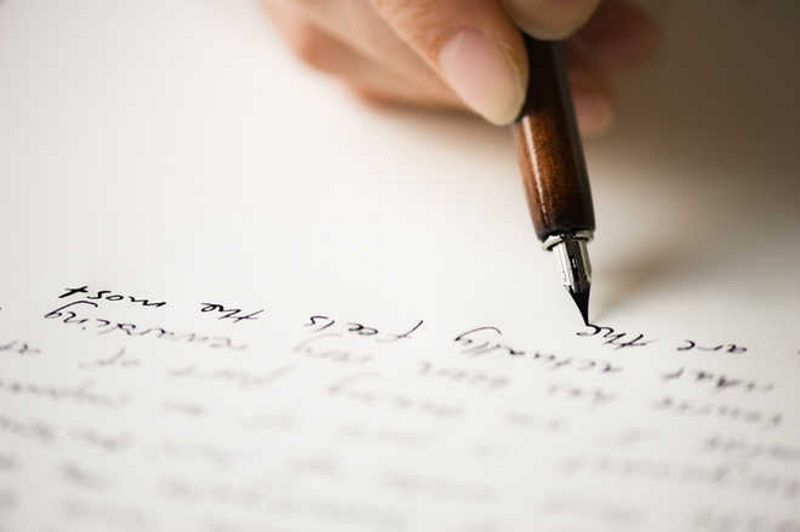 After passing my matriculation examination in 1952, I was selected for a marine engineering course at Bombay. In the hostel there, my room-mate became a good friend, and whenever we came back on vacation, we visited each other’s homes, mine in Amritsar, and his in Batala.

In 1955, I was betrothed to his younger sister. In those days, betrothed persons were not allowed to meet or even write letters to each other. I persuaded him to let me write letters to her, though their father was dead against this small liberty. When I came to Amritsar on vacation in 1956, I told my father about my desire to write letters to my fiancee — and about my predicament too. He handed over his fountain pen and gave me the go-ahead.

Luckily, my fiancée’s brother was the first one to meet the postman who delivered my letter at their residence in Batala. With my batch-mate-turned-brother-in-law’s manipulations, I was able to meet her at her home. Even she managed to come to the Golden Temple and meet me, with her mother in tow. When we got married in 1962 after nearly seven years of courtship, she brought a bundle of letters penned by me, including the very first one. But apart from my fiancée’s brother, the credit for those pre-marital epistles goes to my father who, despite being an old-timer, encouraged me. I wonder if it would have been a different story had I not used his fountain pen,

My father had little formal education, but he was worldly-wise. He owned a grill-making workshop. A British officer engaged the services of my father for fabricating designer grills for his new residence. The Englishman was so impressed by his work that he gifted him a Sheaffer pen along with the remuneration. This fountain pen became a prized possession of my father, who used it only to sign documents.

When I joined high school, I requested my father to let me use his pen. He gave it to me for my matriculation examination. This pen proved to be my lucky charm. I felt like a man possessed. It was as if my father was guiding my hand. This pen became my permanent companion during all major examinations.

Even today, as I hold the pen in my hand, memories flood in. Whenever I need a little ‘dose’ of my dad, I pick up his fountain pen and find a point of connection, a deep feeling that pens have souls and can communicate with us. I guess the term that best describes my obsessive attachment with my father’s pen is Barakah, an Arabic blessing — the attachment of divine goodness that flows through a physical object.